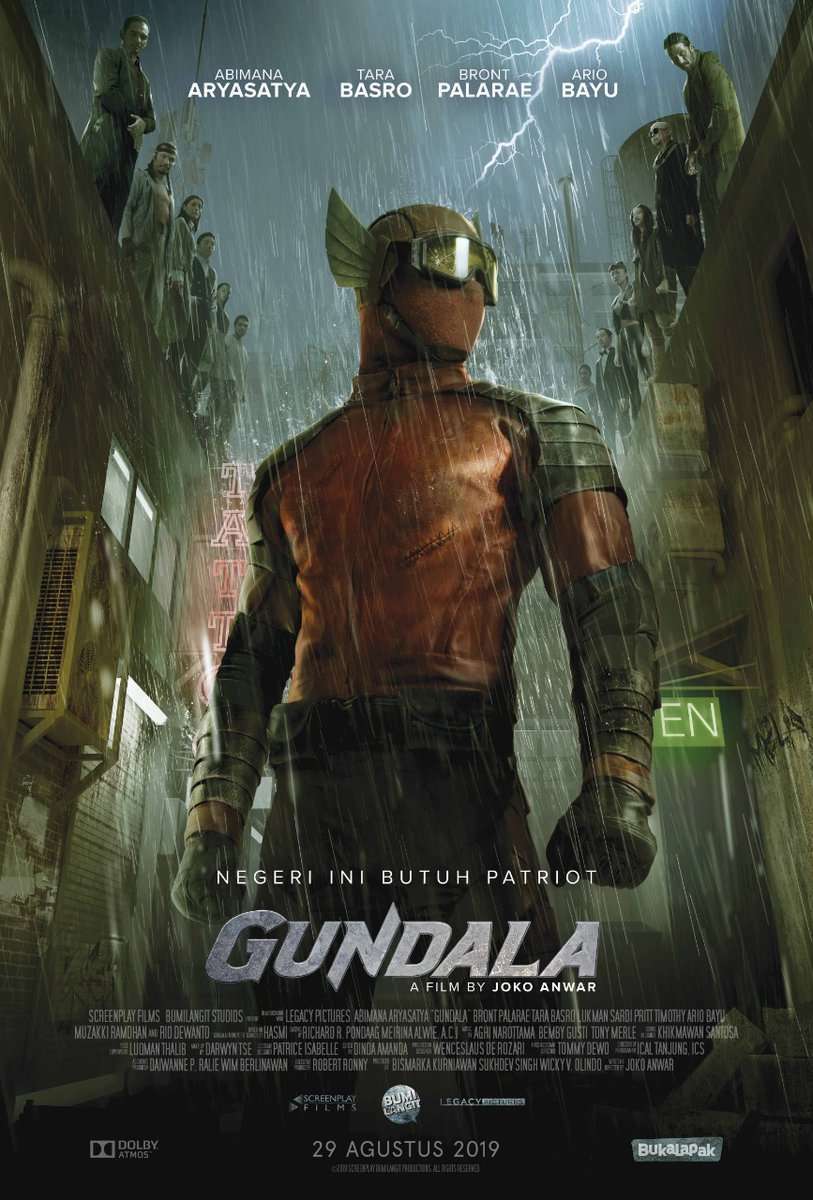 Previously, Screenplay Films had released the teaser for Indonesian superhero film Gundala. The film poster that released in May also mentioned that the film will be released on August 29, 2019.

Here is the synopsis of the film in Screenplay Film official youtube:

“Sancaka has lived on the streets since his parents left him. Living a hard life, Sancaka survives by thinking about his own safety. When the condition of the city gets worse and injustice rages throughout the country, Sancaka must decide whether he continues to live to look after himself or rise to become their oppressed hero.”

Created as a collaboration between Screenplay Films x BumiLangit Studio in association with Legacy Pictures, the film is directed by Joko Anwar, acclaimed director of Pengabdi Setan (2017), Pintu Terlarang (2009), Kala (2007) and Janji Joni (2005). The cast includes Abimana Aryasatya as Gundala as Sancaka, Tara Basro as Mulan aka Merpati, Bront Palarae as the villain Pengkor, and Muzaki Ramadhan as young Sancaka.

Created by Harya Suraminata (Hasmi), Gundala is Indonesian superhero comic character that is first published by Kentjana Agung publisher in 1969, titled as Gundala Putra Petir (Gundala the Son of Lightning). The Gundala character itself was inspired by Javanese legendary figure, the lightning catcher Ki Ageng Selo. In October 2017, a new story of Gundala titled “Bangkitnya Ki Wilawuk” (The Rise of Ki Wilawuk) the latest version of this comic has been published as a comic strip in KOMPAS newspaper, both printed and digital ePaper.