Japanese casual wear designer, manufacturer, and retailer, Uniqlo, just released their latest line-up of UT Shirts featuring films from animation film director, Makoto Shinkai. The collections including scenes and characters from Makoto Shinkai’s your name., and upcoming film, Weathering with You are available for men from July 22, 2019.

Previously, Uniqlo has released their line-up of “One Piece UT” in Indonesia featuring characters and scenes from One Piece anime and its upcoming movie, ONE PIECE STAMPEDE, in a celebration of the 20th anniversary of One Piece anime.

Makoto Shinkai is an animation director best known for directing your name. in 2016 that became the second highest-grossing anime film of all time. His latest work following your name., Weathering with You, has been released in Japan on July 19, 2019, and is going to be released in Indonesia on August 21, 2019. 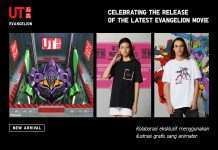 Celebrating the Release of “Evangelion: 3.0+1.0”, Uniqlo’s “Evangelion UT” Line Up to Release in Indonesia 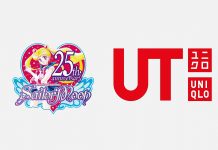