The subscription TV channel Waku Waku Japan adds the tokusatsu action drama Kamen Rider Fourze as one of its shows. The series will premiere on Monday, September 26, 2016. The show will air every weekdays (Monday to Friday), from 6.30 pm to 7.00 pm (Western Indonesian Time).

To promote the airing of Kamen Rider Fourze on the channel, Bandai Namco Indonesia has released a 30 seconds trailer with an Indonesian narration:

“Gentaro Kisaragi is an eccentric transfer student. As he transferred to Amanogawa High School, he proclaimed boastfully in front of the class that “I will be friends with everyone in the school.” However, monsters called Zodiarts are rampaging on the school grounds. With the help of his friends, Gentaro transforms into Kamen Rider Fourze to protect the peace of the school from the Zodiarts.” 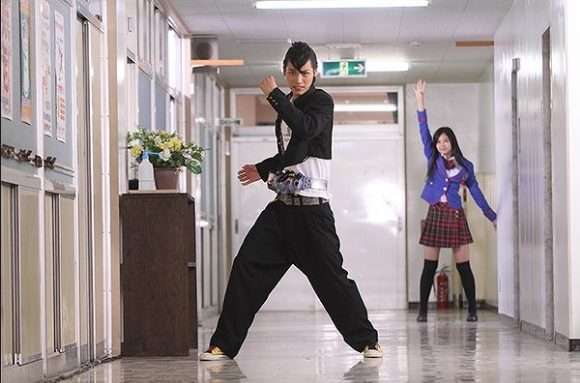 Kamen Rider Fourze is the thirteenth iteration of Toei’s long-running Kamen Rider tokusatsu series. Made to commemorate the 40th anniversary of the Kamen Rider series, Fourze stars Souta Fukushi as the hero Gentaro Kisagari, which was his breakout role. Usually portrays calm character, here Souta is cast as a brash pompadoured youth, but who is loyal to his friends.

A review of the series (in Indonesian) is available here.