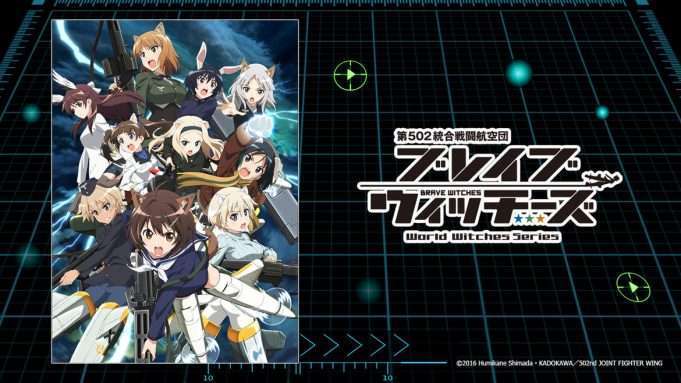 Through its Facebook page, the cable television network Animax Asia announced that the alternate history anime series Brave Witches will be aired on their channel for the Asian Region starting from Wednesday (7/6/2017), at 17.30 on Western Indonesia Time (GMT+7). Two episodes will be aired back-to-back every weekday, which would then be re-aired in the morning of the following weekday.

Brave Witches is a spin-off of the Strike Witches series, originally aired from October to December 2016. Adapted from illustrations of mecha-musume by Humikane Shimada, the series tells of an alternate world where alien creatures called Neuroi invaded in the 1930s. The goverment on every country in the world then developed a machine called “Stiker Unit” that can only be used by girls with magical power to fight against the Neuroi.