Organised by Japan Culture Daisuki, the third iteration this year will be hosted at UMM Dome, Malang, East Java, Indonesia in 13 March 2016. 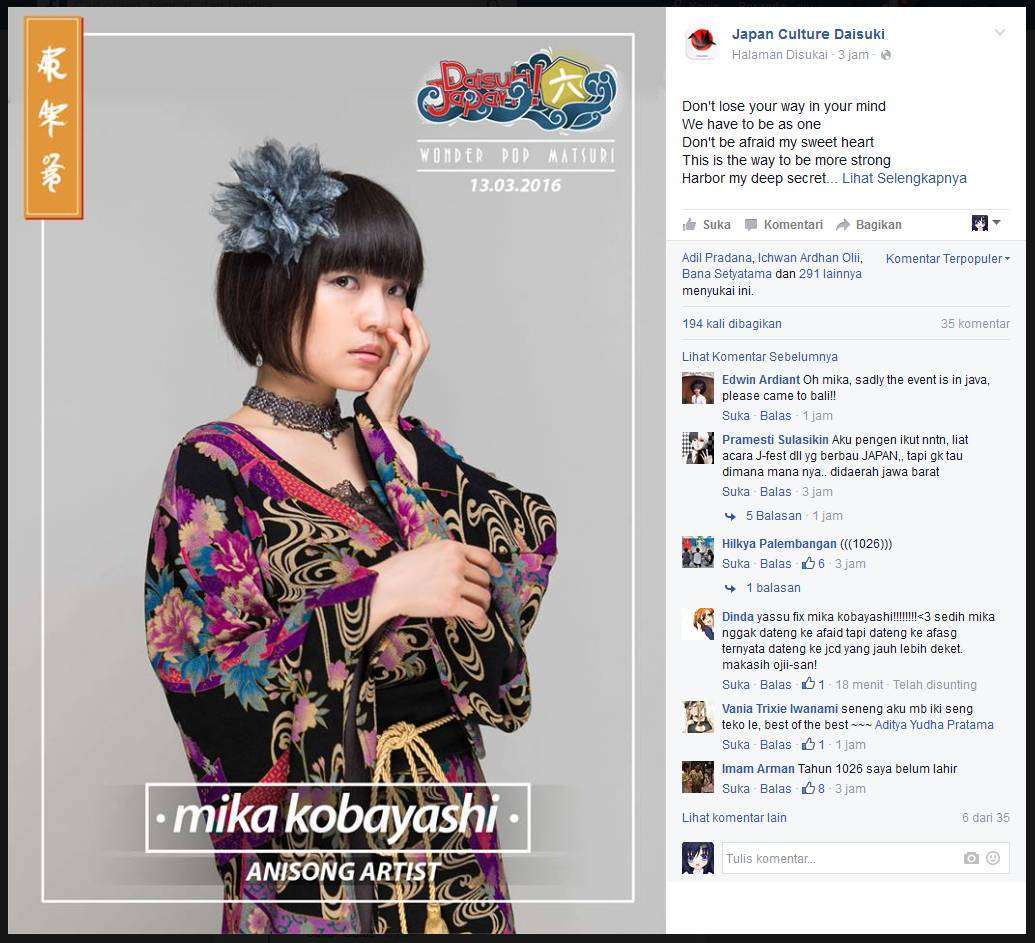 Mika Kobayashi (not the same-pronounced animator 小林 美香) was born in 31 May 1978 and has participated as singer in some anime like Kill la Kill and Attack on Titan.

The aforementioned show is already listed in her official schedule. However, there are still no official announcement from the management neither in her official website nor in her social network (Facebook and Twitter) and we will update it shortly as it breaks.

This entry was updated at 1005 GMT to put the mention about her official schedule. The previous version of this entry mentioned that the event is held in Malang, West Java, it has been corrected to be East Java.