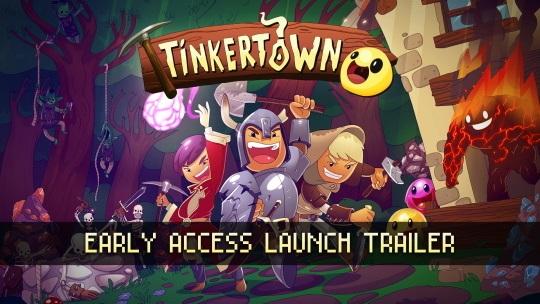 Headup has been around for over a decade, porting and publishing high quality independent games from external development teams. Now the company is treading into uncharted waters by delivering their first fully internal production, and launching the game as an Early Access on Steam.

With Tinkertown, the company is realizing a design idea which has been floating in their heads since the beginning of their partnership with Re-Logic years ago for whom Headup created the PC Collector’s Edition of Terraria. Huge respect for this genre and long hours lovingly spent exploring the Kingdom of Hyrule in our childhood has led to the clear vision: creating a cheerful sandbox game in the aesthetics of the old 16bit RPGs but leveraging the possibilities of modern game development such as visual effects and online multiplayer.

Tinkertown is funded by the Federal Ministry of Transport and Digital Infrastructure as part of the federal government’s computer games funding program with a total of €153,669.

Come to Tinkertown – A refreshing new Multiplayer Sandbox Experience! Grab your shovel, your pickaxe, and your sword and enter the realms of Tinkertown. A magical place awaits filled with loot, danger, and creativity. Build your own village – from small shacks to impressive castles and townships.

Gather resources as you explore this procedurally generated world either by yourself or with friends! Need some extra challenge? While the surface world is mostly peaceful, only the most courageous explorers will enter the sinister dungeons scattered around the world, and defeat the horrors that live within. Epic loot awaits those who dare to face the underworld. 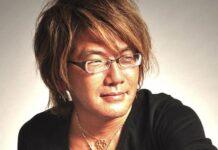 Secret of Mana Composer, Hiroki Kikuta, and Pixel Artist of The Textorcist, Misbug, Join the Team of Tinkertown