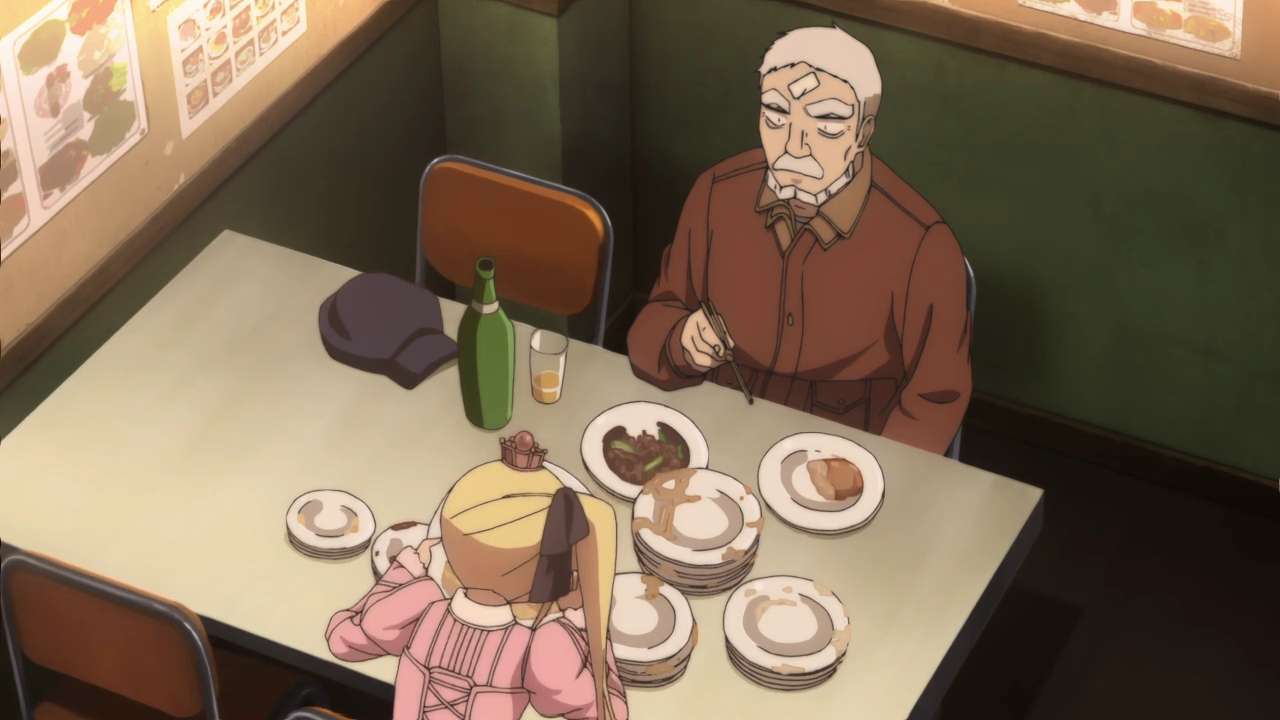 A group of young girls possessing the power of “Alice’s Dream,” which cab turn their thoughts into reality, are kept away in secret and experimented upon. Until one of the girls, a willful child named Sana, escaped and crossed paths with a stubborn old man named Zouroku, changing his carefully-ordered life.

At a glance, it is easy to assume that the anime would be a coming-of-age story about a psychic girl and an old man. However, the first episode defies that expectation. Most scenes were action-packed but don’t feel to have narrative meaning. The delivery of expositions, the seemingly one-note villain, and bad CGIs don’t help it either. But thankfully, Zouroku’s characterization is strongly conveyed. The director have had the charming slice-of-life Flying Witch and the drama comedy of Toradora! under his belt, so we’ll see how the show would go from here.