The story begins when a girl named Ao opened a package that she found on her doorstep. Inside the package is Gourai, a small robot Frame Arms Girl that can move on its own. Gourai is a newly developed prototype of Frame Arms Girl with “Artificial Self” which gives it personality. When the feature had been activated, Gourai began to collect various data and started life with Ao who does not understand anything about Frame Arms Girls.

Based on Model Kit of armored fighting girls Frame Arms Girl, the first episode is packed with good enough explanation of Frame Arms Girl itself, a brief introduction of each characters, the battle system, and the most memorable is the scene when the main character assembled the armor for the model kit Gourai. It’s very informative in explaining about the model kit. Not only that, the first episode has also shown one of the other Frame Arms Girl battling with Model kit Gourai, though it doesn’t feel to have important impact yet. The opening footage teases the battles of the robots that will be present, each with their own fighting styles. This anime could be worth following for viewers interested in shows about mecha girls and model kits. 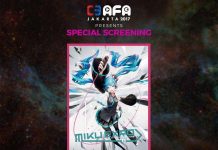 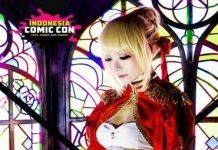