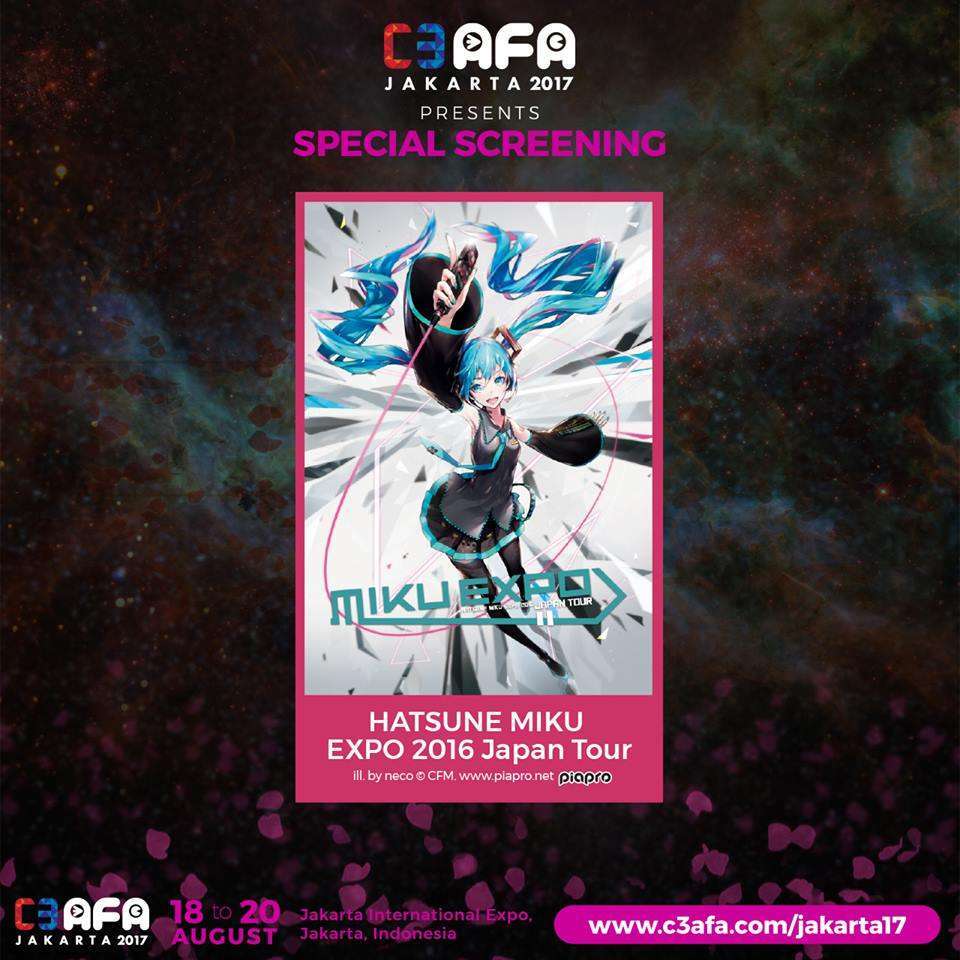 The official Facebook page of C3 AFA on Monday (10/7) announced two featured anime and one special screening for C3 AFA Jakarta 2017. This anouncement follows the announcement of the artists lineup for “I Love Anisong” concert, featuring 8 artists/bands for this year event.

The two featured anime are Black Butler: Book of the Atlantic and Frame Arms Girl, while the special screening is for HATSUNE MIKU EXPO 2016 Japan Tour. Additionally, for Frame Arms Girl, C3 AFA will also feature Rika Abe, who voices the character Hresvelgr in the anime. 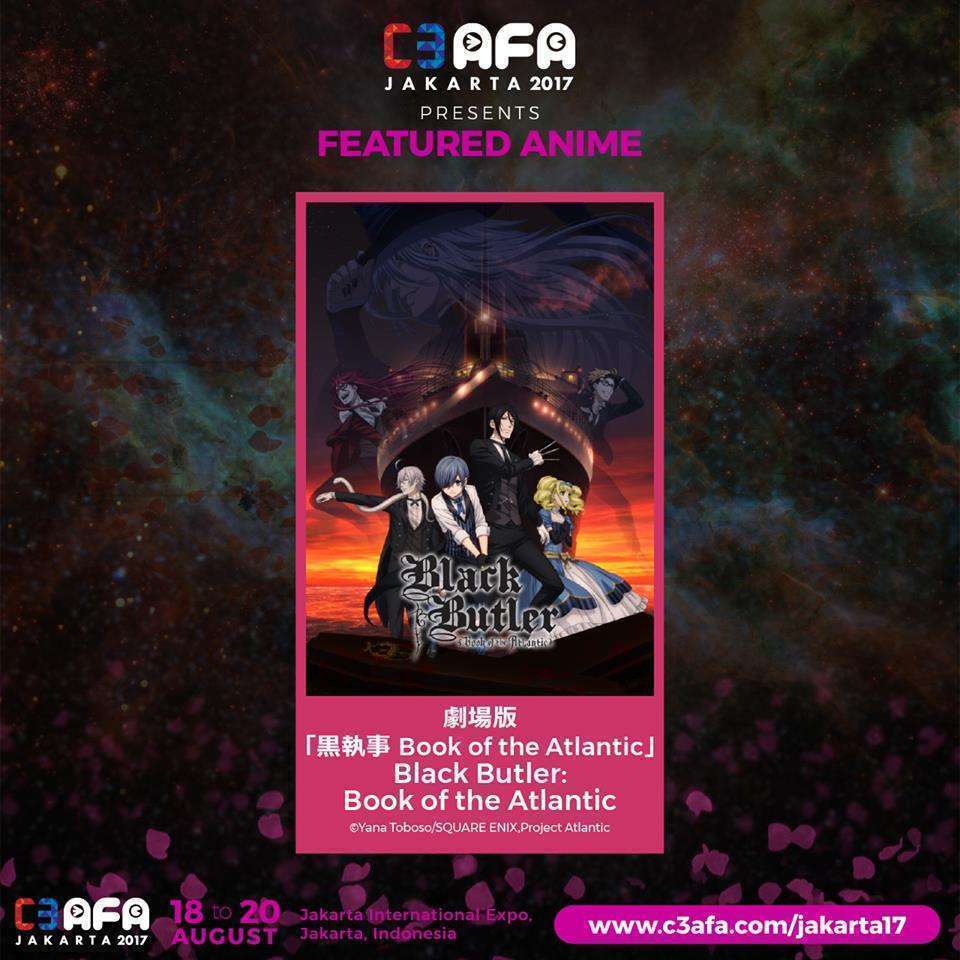 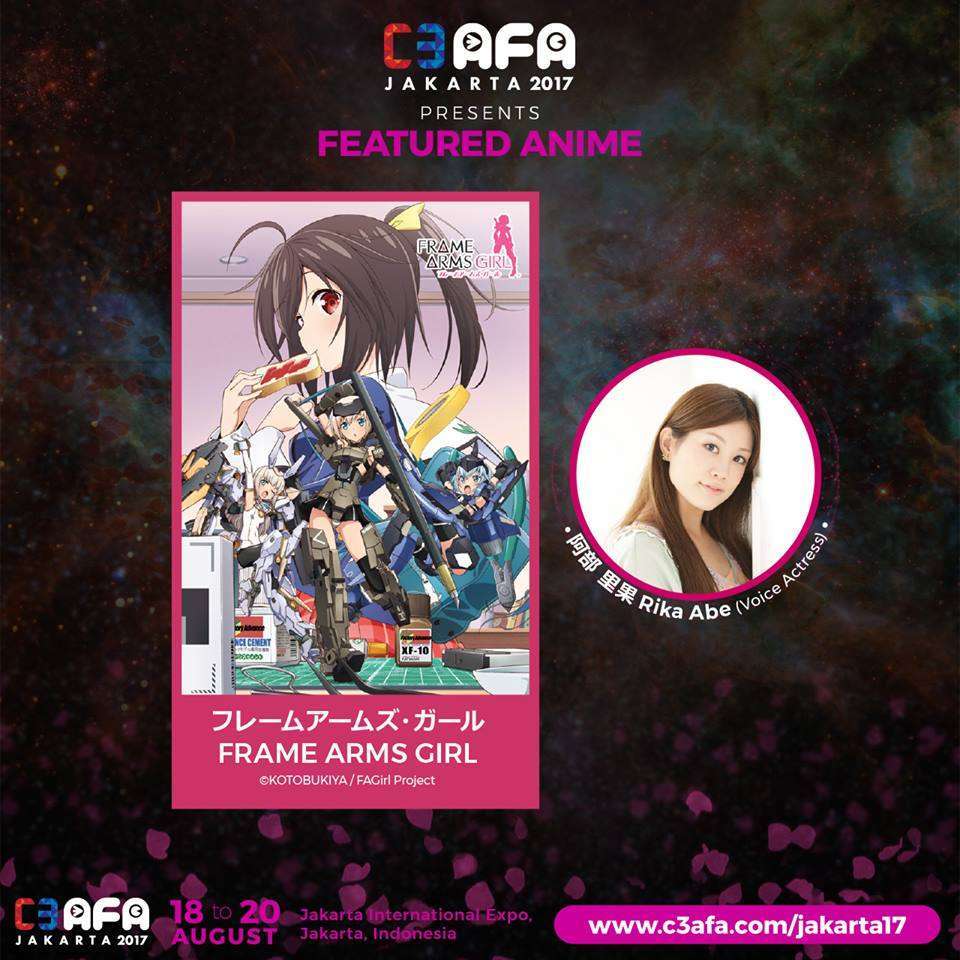 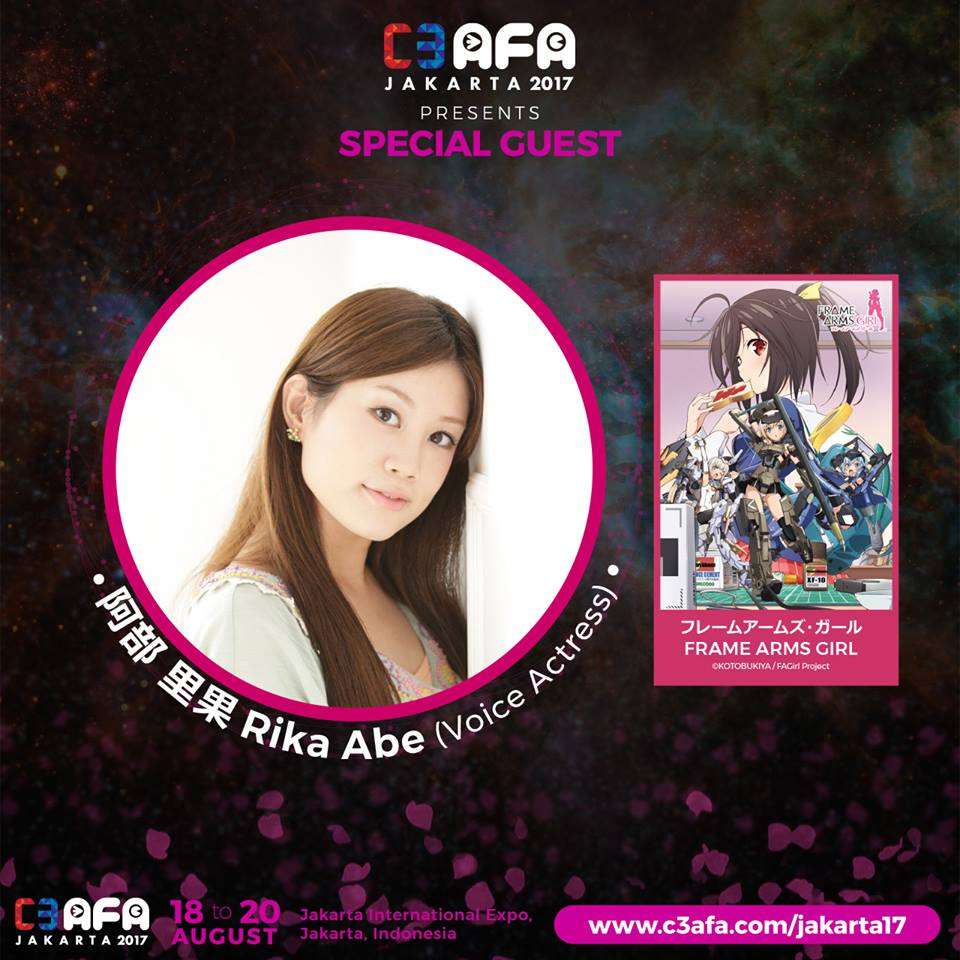 The page has also confirmed that there are more announcements to be made for this Japanese pop culture event.

C3 AFA Jakarta 2017 (previously named AFAID) is scheduled to be held in 18-20 August 2017 in JIExpo Kemayoran Jakarta. Accompanying the event, the I Love Anisong concert will be held for two consecutive days, on 19 and 20 August 2017.