Vocal auditions for the main characters of Carol & Tuesday —the newest TV anime by Director Shinichiro Watanabe and Anime Production Studio Bones Inc.— is currently open to applicants worldwide, and the deadline is fast approaching!

News of the TV anime series Carol & Tuesday, scheduled to air in April 2019, was just released about two months ago. The series will be the latest collaboration between Director Shinichiro Watanabe and Anime Production Studio Bones Inc., and has already made international news.

Carol & Tuesday is aiming for a worldwide broadcast, and its vocal auditions for the singing voices of main characters Carol and Tuesday are open to applicants worldwide, as well. The deadline for auditions has just been extended from April 25th to May 6th at 11:59 PM (JST).

The winners of the audition grand prix will sing the song of Carol and Tuesday in the anime, as well as receive a CD debut! If you think you’ve got what it takes, apply now!

More details on Carol & Tuesday below.

At that moment, the two of them met. And of the miracle which that song would produce the world had yet to discover.

It has just been announced today that the original anime series Carol & Tuesday will begin airing on Fuji TV’s brand new anime time slot +Ultra in April 2019. The series will be the latest collaboration between Shinichiro Watanabe, director of Cowboy Bebop, Samurai Champloo and countless other famous titles, and Anime Production Studio Bones Inc., known for hit series such as Eureka Seven and My Hero Academia.

The rest of the staff are no less impressive, either. The original character designs will be brought to you by Eisaku Kubonouchi, known for his character designs in the Kiki’s Delivery Service and Heidi, Girl of the Alps episodes of Nissin Cup Noodles’ commercial series Hungry Days. The screenplay is by Aya Watanabe, known for working on the script of NHK’s television drama Carnation, the film Josee, the Tiger and the Fish and more. The music which ties the entire plot together will be handled by FlyingDog, Inc., known for the music of the Macross series and countless other hit anime titles.

This new anime series’ worldwide broadcast is currently under consideration.

This is truly one grand project that involves the entire world. Please look forward to future updates! 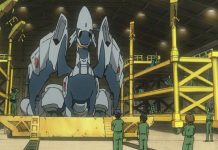 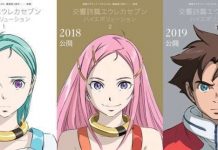