The new film of City Hunter serials, City Hunter Movie: Shinjuku Private Eyes to released in Indonesia. Encore Films Indonesia and Moxienotion as a distributor of the film through their official media social facebook and twitter have confirmed that the film to release in 2nd October 2019.

Based on The Worldwide Best-Selling Manga.

City Hunter is comic series by Tsukasa Hojo. It tells the story of a detective named Ryo Saeba, who lives in Shinjuku and is known as a “playboy”. With his ability as a sniper and “sweeper” (assassin), he operated the “City Hunter” agency to protect clients as a bodyguard. Someday he met a girl named Kaori who is a sister of his friend that has been murdered. Slowly,  the relationship between Ryo and Kaori gets closer.

The comic was serialized between 1985 and 1991 in Shueisha’s Weekly Shonen Jump magazine and has been collected into 35 tankobon volumes. It has been adapted by Sunrise into four anime seasons, one anime film, and some OVAs. City Hunter has also been adaptated into live action Hong Kong film in 1992 that starred Jackie Chan and a South Korean TV drama in 2011 that starred Lee Min Ho and Park Min Young. Meanwhile, a City Hunter spin-off that tells about Umibouzu, a friend and rival of the main character Ryo, titled City Hunter Gaiden Ijuin Hayato-shi no Heion Naranu Nichijō has been released since May. The comic itself will be released in Indonesia by m&c!. 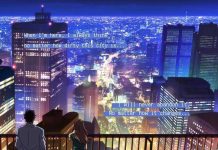 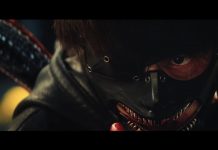