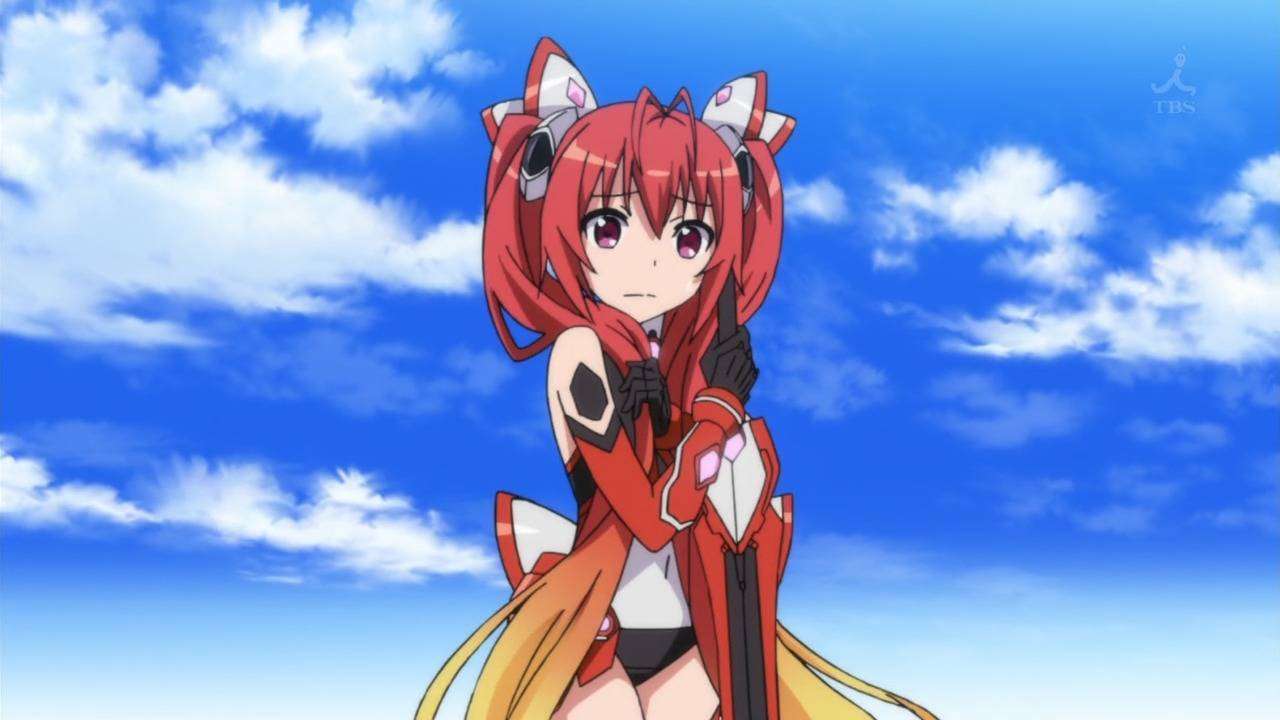 The first month of 2016 has passed us all. After January left us, let’s embrace the new days in February. Many special events are celebrated this month. One of them is today, February 2 to be precise, which is celebrated in Japan as Twintail Day each year.

Twintail is a type of hairstyle which ties hair on both left and right sides of the head. This hairstyle is often used by many characters in various series of manga, anime, or game. To celebrate this special day, KAORI Nusantara presents the list of favourite twintail characters by our team. Which twintail characters that captivate our staff’s heart? Let’s check.

Takane Enomoto is one of main characters in Kagerou Project Series, which got an anime adaptation titled Mekakucity Actors. Takane has another form called “Ene”, which refer to herself when she became a living avatar in the cyber world. As Takane, she appears with black hair and “sharp” looking eyes, has sleeping disease, and tsundere. Takane is also a gamer. She plays an online FPS game which leads her to be ranked as second best in japan. However, just like Ene, who live in the cyber world, she looks more cheerful, foolish, and has blue hair. One of many reasons why I am interested in Takane/Ene is because her tsundere characteristic has a certain deepness and complexity, not just fierce for no reason, which is rarely seen in a twintail tsundere character. The difference between two personas, Takane and Ene, also make it cuter and more interesting.  (Aya Yuuhi, KAORI Newsline)

Junko Enoshima is the main antagonist of Danganronpa series, both in the game version and its anime adaptation. She is a student of Hope’s Peak Academy who uses despair to break the protagonists of the series and make them give up spreading hope. But in the end, she got defeated and chose to kill herself while cornered. Although she is an antagonist, I see many factors to make this character interesting. One of them is  her “split personality” which shown in the final episode of Danganronpa. Not many characters depicted to have split personality. Other than that, her “wow” appearance make her even more interesting. Finally, beside the twintail itself, there is another fetishism which add its own aesthetics in Junko’s character. (Dean Astarada / GM Social Media)

There are two reasons why I choose Asuna as my favourite twintail character in this special article. First, she is a strong, loyal, and caring woman character, make her a vital player in Negima!, especially in Mundus Magicus arc in manga. Other than that, she is also protective to Negi like an older sister to her brother. Second, Mahou Sensei Negima!, itself is one of my first favourite shounen manga (I was second grade in junior high school at that time), and Asuna herself, by chance,  is my first favourite heroine from all of class 2-A/3-A Mahora Academy students. If not because of Asuna and Negima!, probably I won’t become familiar with anime/manga world today. Also honourable mention: Totoki Airi – The iDOLM@STER Cinderella Girls (Videtra Reynaldi / The Indonesian Anime Times)

Renge is one of the main character in this series where she is the only first grader in Asahigaoka Branch School (For your information, Asahigaoka only has 5 students, all of them in different class). Famously for her unique Nyanpasu- catchphrase, she became the centre of attention for her older friends in school. Althoung she is the youngest there, Renge never feel inferior when playing with her friends. Sometimes, she even acts more mature than them. Her speaking style, which sound flat-toned, probably makes her different from other kids at her age, but her jovial personality still make her looks like a normal child. Renge, who is usually called “Ren-chon” by Natsumi, is a typical rural children which got easily excited by small things. Seeing Renge’s sincere character, aside from make me feel nostalgic from childhood memories, also make us learn to feel grateful with all small, mundane things. Renge’s presence in this series can be considered as neutrallizer between her older friend’s behaviour. (M Razif Dwi Kurniawan / The Indonesian Anime Times)

I am actually not a sucker for twintail (in fact, I prefer ponytail), but I have one favourite character which coincidentally has the twintail hair. She is Natsumi Hinata from Sergeant Keroro. The elder sister in her family is clever, agile, adept, and tough, making Giroro, the true warrior himself, is powerless in front of her. While she takes the alien invasion thingy too seriously, her boldness is probably the thing that prevented the aliens become out of control. In other occasions, she also shows care and loyalty to her family members and friends. She is truly one amazing and reliable figure of an elder sister. And to be honest, Sergeant Keroro is actually one of the anime that I watched when I got attracted (again) to anime world, so it left a great impression in my past memories. (God, I just realized how long I fall in love with onee-san characters XP ). (Halimun Muhammad/The Indonesia Anime Times)

“Wait, isn’t Souji Mitsuka actually a man?” Why does it matter? Twintail, for me, is unlimited to gender and sex. I nominate Souji Mitsuka as one of KAORI Nusantara’s choice. The reason I choose Souji is because this guy truly manifested his love for twintail so he can be a Twintail himself and then protecting other Twintails from the attack of monsters. With the help of Tail Gear, he’s able to transform into Tailred and put Twintail into justice once again!

You probably would be wondering about things like “How about Tailblue and Tailyellow?” Well, even they both are also Twintails I prefer Souji for his ability to transform using the power of love. And to be honest, the red colour really fits twintail hairstyle. Other colours such as yellow can come afterwards. (Naufalbepe/KAORI Newsline)

Like I said before, twintail hair looks good when it used by red-haired characters and Cthuko is one of them. She is an alien who becomes Mahiro’s rival in her love story with Nyaruko though it’s only one-sided feeling. This sweet Cthugan(?) is a silent gamer but sometimes can be assertive, who I nominated as a favourite twintail character by KAORI staff besides Tailred. Unfortunately, in canon story, Nyaruko will definitely be paired with Mahiru, even though Kuuko has her own cuter side (and perverted). And even more, Miyu Matsuki, her voice actress, had already passed away due to pneumonia. If the third season of Nyaruko aired, things would never be the same since Cthuko will not be presented as the same character again. (Naufalbepe/KAORI Newsline)

Continues to the next page