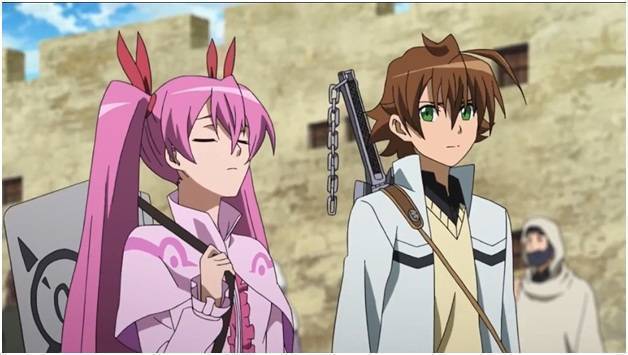 Anime is an amazing way to bond with your significant other. Some plots are so touching; you can’t help but fall into someone’s arms after a tragic moment. A lot of stories are inspiring and romantic. You follow every character’s move and live through every second as the air thickens from drama.

When it comes to romantic anime, their couples are the most iconic. Japanese directors for sure know how to express love through art. You fall for the characters, cry with them, quote them, and secretly wish your real-life relationship will ever be as beautiful and inspiring as a written story. I am glad to present to you some of the most tragic, yet fascinating anime romantic stories. Some of them are everlasting classics, others are modern bops. It’s up to you which couple to choose. I guarantee that you will cry over their relationships. [Beware, spoilers ahead!]

You might not agree on this one, but Mine and Tatsumi’s relationships went hard. They were tragic, full of emotions, different in pace, and so realistic! The best and the worst part is that romance like this resembles our everyday life. The setting is pure fantasy, but the way this relationship developed from angry and bitter to trustful love is simply inspiring. The anime and manga are quite different when it comes to an end, but this tragic story shows how we should cherish our relationship while we still can before it’s too late to say “I’m sorry for our attitude” and re-live every moment.

This anime movie is a classic example of the tragic love of two people from different worlds. Ashitaka, who represents modernized society, strives to know more about the life of wild, untamed, and free human beings like San. Two galaxies collided, so these characters need to find a balance between man-made and Godly Creations. Ashitaka’s people deeply disappoint San with their cruelty. There is no place for Ashitaka in San’s world. Unfortunately, like in real life, this relationship is doomed. Beautiful, but tragic.

Almost every anime lover would agree that this story is by far the most tragic in our list. It goes about two children who fell in love with each other at a very young age, deciding they would meet every year under the blossom of a sakura tree. Unfortunately, due to their parents’ schedules, they couldn’t live close, as both of their families needed to move to a new place quite often. Life will have more opportunities to link them up, but it’s much more complicated than that…

This legendary anime series tells a story of a young man Kouta who met a strange girl in his childhood whom he forgot eventually. After a series of tragic events in his life, he meets this girl again. One interesting thing is, she is a bipolar psychopath who doesn’t recollect anything from her childhood. Maybe this is not very relatable, but it’s worth watching the anime to see every character’s perspective.

It is a relatively new anime movie that tells a story about two teenagers (who technically aren’t a couple) because they’ve never met. Japanese directors definitely do have a thing for a distant love. After realizing they are constantly switching bodies, they try to leave notes in their messages to find a way to communicate. This is much more complicated than video dating! Taki and Mitsuha try to meet at the same place when they realize they start to fall in love, but they need to reach a certain state of their mind and unfold a series of catastrophic mysteries to end that misfortune.