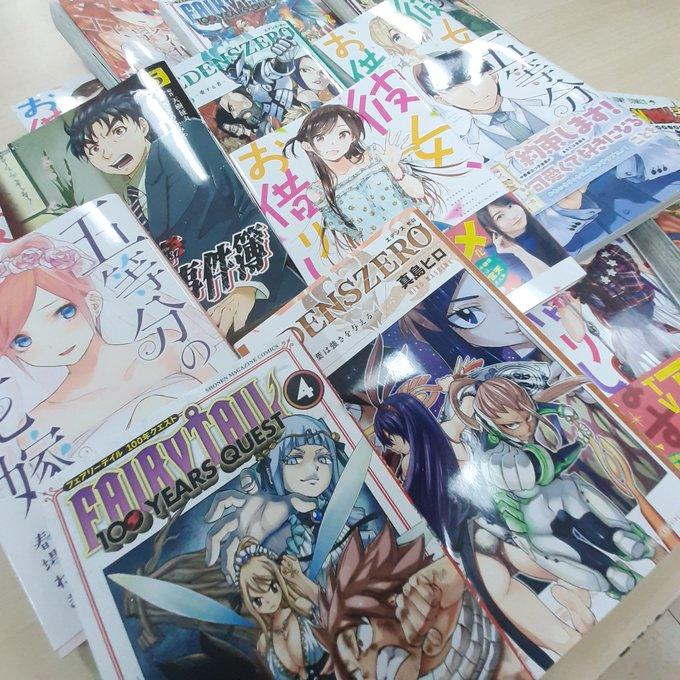 On Tuesday (25/08), the Twitter account of Indonesian comic book publisher Elex Media and Level Comics‘ editors has posted a picture of new manga that has been recently received to be translated to Indonesian. The manga in the picture includes Reiji Miyajima‘s Rent-A-Girlfriend (Kanojo, Okarishimasu) and Petos‘ Interview with Monster Girls (Demi-chan wa Kataritai). Detailed information about the specific release date, format, and price of the manga has yet to be revealed.

The release of both manga in Indonesia was first revealed in June, when the same account, posted a waiting list of manga that will be released. In the list, the two manga are still listed with their Japanese title.

Rent-A-Girlfriend tells the story of Kazuya Kinoshita who, after being dumped by his girlfriend, tries a rental girlfriend service app. Through that app, he meets Chizuru Ichinose who would be his girlfriend for a certain period. Things become complicated when Chizuru meets Kazuya’s grandmother, who is also treated in the same hospital as Chizuru’s grandmother. Moreover, it turns out that they actually go to the same university and live in the same apartment.

Serialized since 2017 in Weekly Shounen Magazine, Rent-A-Girlfriend has been collected into 17 volumes of tankoubon so far. A TV Series anime has also aired since July 2020. The spin-off manga titled Kanojo, Hitomishirimasu also has been published since June 2020.

Interview with Monster Girls tells the story of Tetsuo Takahashi, a teacher who has an interest in demi-humans. He wants to research them, but he had never had a chance to meet one of them. Unexpectedly, he finally meets some of them in the school where he works. Unfortunately as a teacher, asking his own students to be his research subjects won’t be easy.

The manga began its serialization in Young Magazine the 3rd on September 2014. The manga has been adapted into an anime by A-1 Pictures, which aired in Winter 2017. In Japan, Interview with Monster Girls has been published as collected volumes since March 2015 and is currently on its 8th volume.