In Earth’s near future, humanity is on the verge of destruction with the invasion of a mysterious lifeform called the HUGE. To fight against this threat, the whole world unites and creates anti-HUGE weapons called CHARM (Counter Huge ARMS) using science, technology, and magic. As CHARM is more effective when used by teenage girls, CHARM users who are called Lilies are trained and raised in various military institutions around the world known as Gardens to be able to wield this weapon.

The story follows a Lily named Hitotsuyanagi, a girl who barely managed to pass the exam and entered a prestigious Garden known as Yurigaoka Girls’ School in an attempt to find a girl named Yuyu Shirai, who has saved her from a HUGE attack in her past.

There are plenty of reasons to get geared up and hyped for this anime. I am personally interested in this anime because RAISE A SUILEN, an electronic rock band from another mixed-media franchise by Bushiroad, BanG Dream!, and one of my favourite bands, comes on board and performs the opening theme, “Sacred world” which is a very rocking song for a series about girls fighting unknown beings. Not just that, with Shaft animating this series, it is all looking very promising and I am all on board the hype train.

Story-wise, I still cannot say much as the story just barely begin. The 24 minutes of the first episode info dumps every basic information about the universe through monologues, dialogues, and character interactions or actions, then quickly sets the motion for the characters’ background story and motivations to unfold in the following episodes and I am very excited to see what comes next.

Visually speaking, the animation of this anime is very impressive, boasting the action-packed fights against HUGE added with CHARM transformation sequence. The integration between 3DCG animation and 2D is nicely done within a fight sequence, and sometimes the animation just goes all out on character shots to further intensify the scene. The animation is surely very pleasing to watch and enjoy.

In the end, Assault Lily: Bouquet is one anime that should be in one’s lookout this Fall 2020 season. It is really exciting and curious to see how the story unfolds with what action will offer in the future. 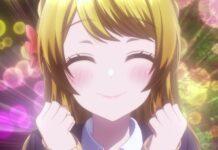 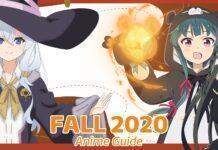 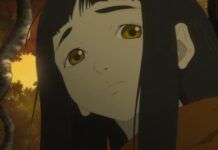