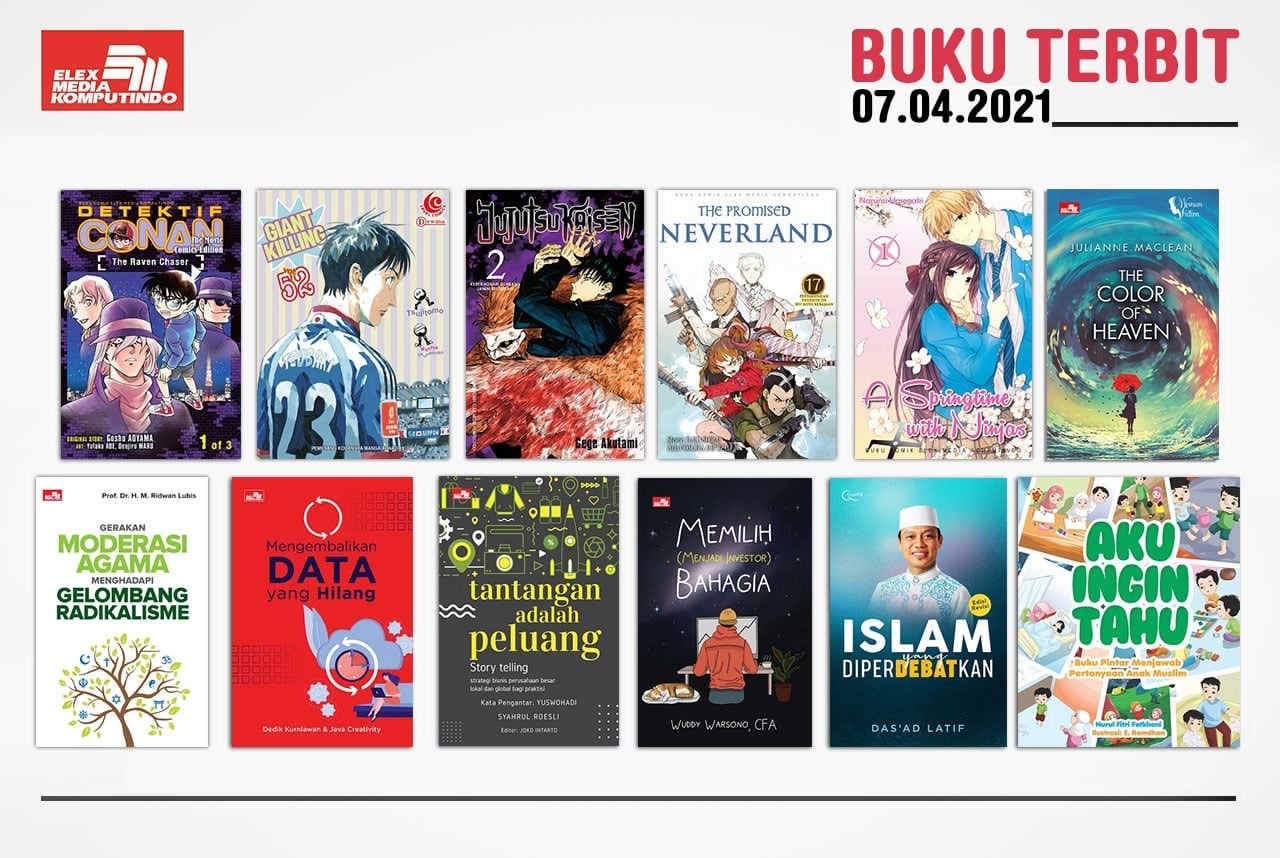 As previously reported, Narumi Hasegaki‘s Hana to Shinobi is one of the new manga series planned to be released in Indonesia by Elex Media Komputindo in 2021. On 22 March 2021, the Twitter account of Elex Media’s editors of comics has teased the first volume of the manga as one of the books expected to be shipped in the first week of April 2021, which has been confirmed in the weekly listing of new comic book releases for 7 April 2021. The series will be published with the title A Springtime with Ninjas and retails for IDR 28,000 (about US$ 1.9).

Described as a “master x servant love story,” the story follows Benio Kasugami, the sheltered daughter of a wealthy family that held a tradition which stipulates she has to marry anyone who manages to take her first kiss. To protect her in her school activities, a playboy ninja named Tamaki Kageshita is assigned to be her bodyguard. The series was serialized in Kodansha’s Nakayoshi magazine in 2015 and has finished with four volumes.

Elex Media has teased Hana to Shinobi in October 2020 when all four volumes have been received to be translated.