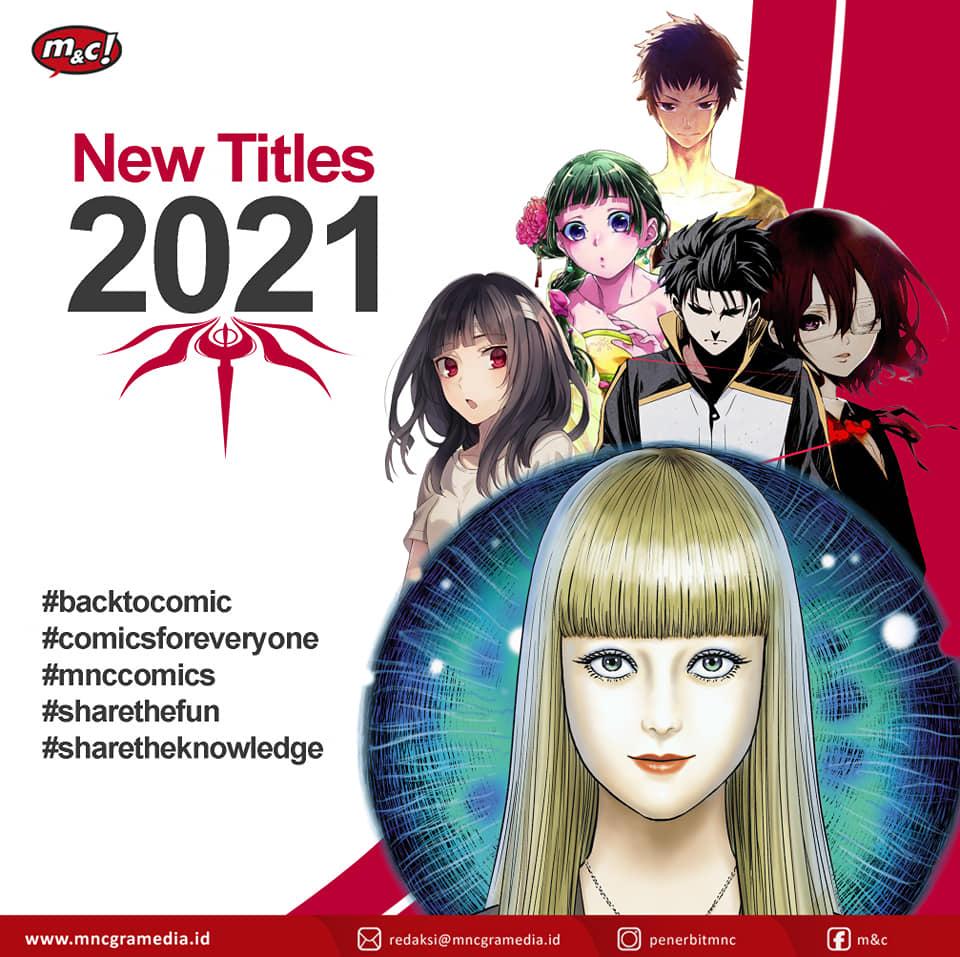 Indonesian comics publisher m&c! has revealed a list of new manga titles that are planned to be released in 2021. Posted on Facebook on 27 December, the list includes Fate/Grand Order: Epic of Remnant Heretical Salem, Sachi-iro no One Room, Re:Zero Kara Hajimeru Isekai Seikatsu, Boku no Namae wa “Shounen A”, Another, Kusuriya no Hitorigoto, Ito Junji Best of Best Short Story Collection, and Final Fantasy: Lost Stranger. The post also notes that this is not exhaustive list of all the titles that will be released in 2021.

Fate/Grand Order: Epic of Remnant Heretical Salem is Aoi Ohmori’s manga adaptation of the Salem Pseudo-Singularity of the Fate/Grand Order game. Taking place after the conclusion of the first part of the game, Chaldea Security Organization has been dealing with the pseudo-singularities that has appeared since when the city of Salem becomes covered by an impenetrable darkness and seems to be turned back to the times of the Salem Witch Trials. The manga began serialization in Ichijinsha’s Monthly Comic Rex in January 2019, and has three collected volumes released at the time of this writing.

In Hakuri’s Sachi-iro no One Room, an unnamed teen girl who is abused at home and school is stopped from ending her life by a mysterious masked man. The girl then runs away with the man, who gives her the name “Sachi” which means happiness. Pursued by the police who treats her disappearance as a kidnapping case, the two of them makes a pact to get married of they can evade the police or die together if get caught. The manga debuted in Square Enix and Pixiv’s Gangan Pixiv website in February 2017, with seven collected volumes have been released at the time of this writing. A live action TV drama adaptation had also aired in 2018.

The Re:Zero Kara Hajimeru Isekai Seikatsu manga shown in m&c!’s list is Makoto Fuugetsu’s adaptation of second arc of the light novel series of the same name. Titled Yashiki no Isshuukan-hen (A Week at the Mansion) the manga follows Subaru Natsuki, the shut-in NEET who gets transported to another world and gains the ability to go back to a point in the past if he dies, as he stays at Roswaal’s Mansion after saving the silver-haired half-elf Emilia. The series began as a web novel by Tappei Nagatsuki published on Shousetsuka ni Narou before being published as a light novel series by Media Factory. The Yashiki no Isshuukan-hen is serialized in Square Enix’s Big Gangan magazine between 2014 and 2017 and finished with five volumes.

Written by Chikara Kimizuka and drawn by Yen Hioka, Boku no Namae wa “Shounen A” follows a boy named Takashi and her friend Yui, beginning from when Takashi murdered a teacher to protect Yui. The series is serialized in Square Enix’s Gangan Online and finished with four volumes.

Hiro Kiyohara’s Another is a manga adaptation of the novel of the same name by Yukito Ayatsuji. The mystery novel follows Koichi Sakakibara, who transfers to Yomiyama Middle School and meets Mei Misaki, a girl ignored by the other students and teacher. As the students of their class begin to die in gruesome ways, they set out to uncover the truth of the yearly deaths that has struck the class since 1972. The manga was serialized in Kadokawa Shoten’s Young Ace magazine between 2010 to 2012 and finished with four volumes with an additional 0th volume.

The Kusuriya no Hitorigoto manga in m&c!’s list is Nekokurage’s manga adaptation of the light novel series of the same name. In the story, there lived a pharmacist named Maomao in a certain kingdom. One day, a group of bandits kidnapped her and sold her to work for a courtesant at the royal palace. At the same time, a rumor about the heir of royal family being cursed spreads, and one of the palace’s eunuch, Jinshi, asked Maomao’s assistance to solve the case. Natsu Hyuuga began serializing The Pharmacist’s Monologue as a web novel on the website Shousetsuka ni Narou in 2011 before Shufunotomo has been publishing it as a light novel series in their Hero Bunko label since 2012.

Ito Junji Best of Best Short Story Collection contains ten short stories from the horror manga artist Junji Ito and includes the fan favorite The Enigma of Amigara Fault. It was released by Shogakukan in 2019.

Hazuki Minase and Itsuki Kameya’s Final Fantasy: Lost Stranger tells about Sasaki Shogo, who gets a job at Square Enix with the dream of working on a Final Fantasy game. The work he gets has nothing to do with Final Fantasy, though, and as he feels let down, he and his sister who also works at the company gets hit by a truck and are transported to a Final Fantasy world. The manga is serialized in Square Enix’s Shonen Gangan since 2017 and has five collected volumes at the time of this writing. 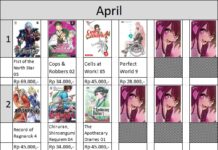 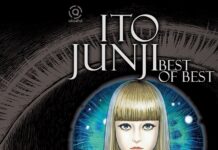 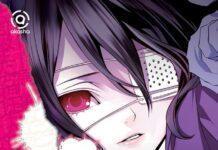 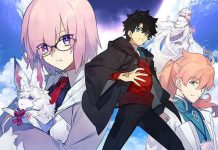