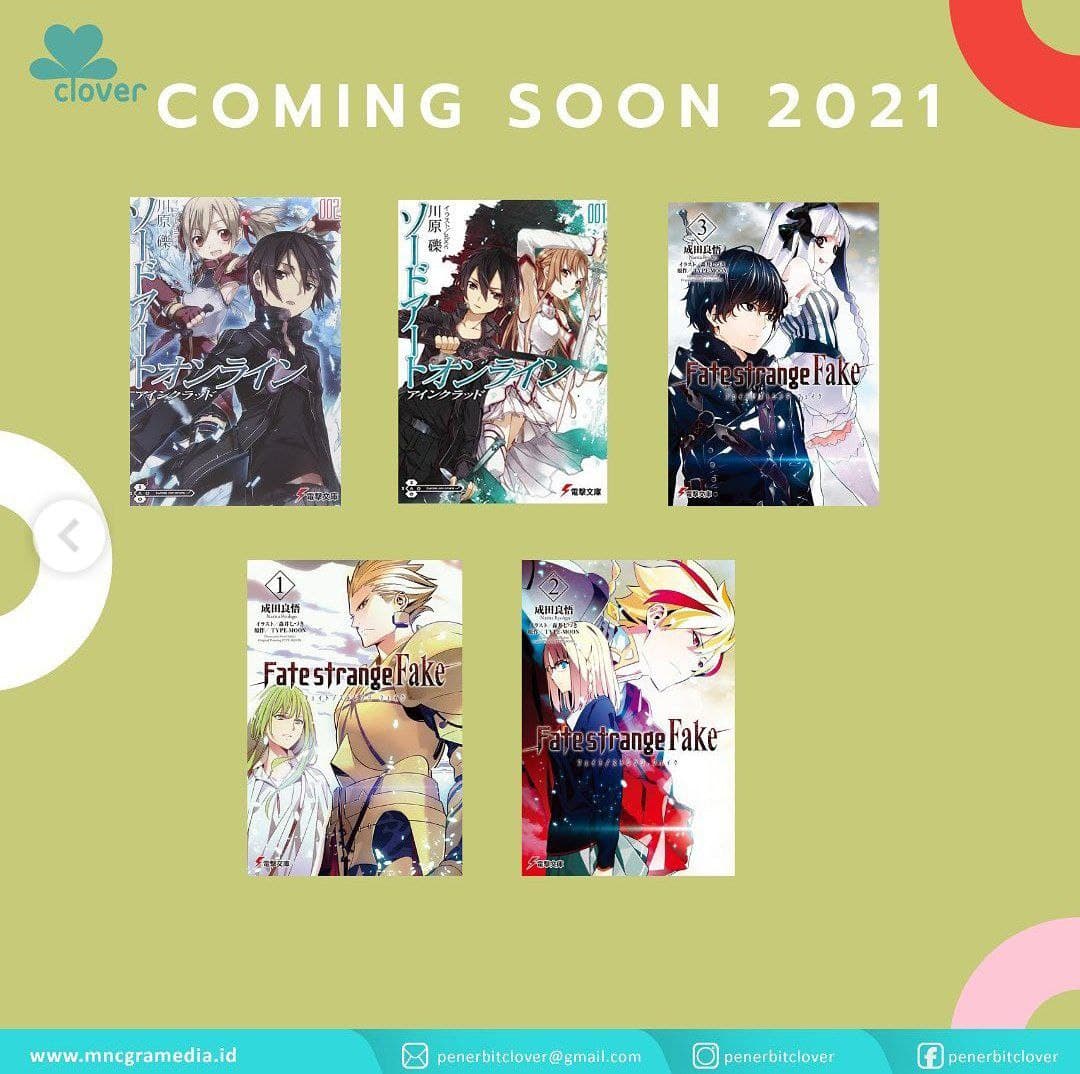 m&c!‘s novel imprint, Clover, has announced a slate of new novels to be published in Indonesia in 2021. The Instagram post made on Monday (28/12) includes two light novel series; Reki Kawahara’s Sword Art Online and Ryohgo Narita’s Fate/strange Fake. The second picture in the post shows the first two volumes of Sword Art Online and the first three volumes of Fate/strange Fake. There is still no further information regarding the release date, and it is also noted that this is not an exhaustive list of all the novels that will be released by Clover in 2021.

Sword Art Online follows the story of Kazuto Kirigaya as he plays a virtual reality online game called Sword Art Online, using the character name Kirito. However, once he is logged in to the game, he and thousands of other players of the game can’t log out, and if their HP reaches zero or if their game device is removed forcibly, they would die in the real world. The only way to log out from the game is to finish the game by clearing all the floors of Aincrad, the game’s flying castle filled with monsters to fight. As Kirito determined to finish the game in order to survive from this so-called “Death Game,” he encounters many people along his journey who changed his goal: from just getting out alive to protect the people he cherishes as friends and lover.

The novel is written by Reki Kawahara while abec is in charge of illustration. The novel has been published since 2009 and has reached 25 volumes, and there are also side stories and spin-offs written by him or other writers. It also has been made into comics, anime series with three seasons, an anime film, and several video games.