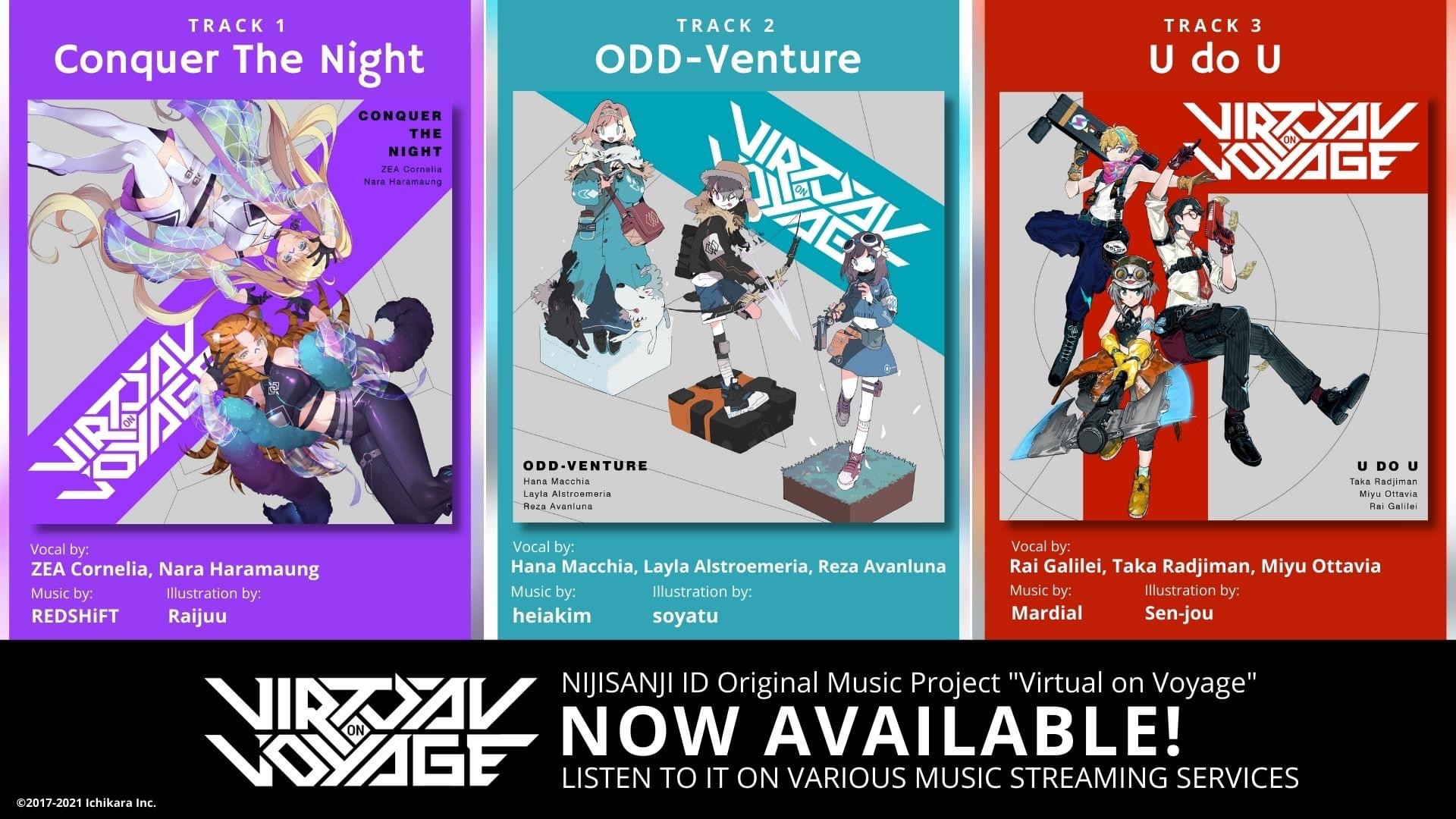 On Saturday (15/5), Indonesian virtual YouTubers under NIJISANJI ID has released their second original songs project called Virtual on Voyage. The project includes three songs, each titled Conquer The Night, ODD-Venture, and U do U. The songs are produced in collaboration with several Indonesian music producers and currently available on YouTube Music, Spotify, Apple Music, and other streaming services.

The first song, Conquer The Night, is sung by Nara Haramaung and ZEA Cornelia. The Song is composed by REDSHiFT, who also produced NIJISANJI ID’s first original song into reality. The track illustration is drawn by Raijuu. 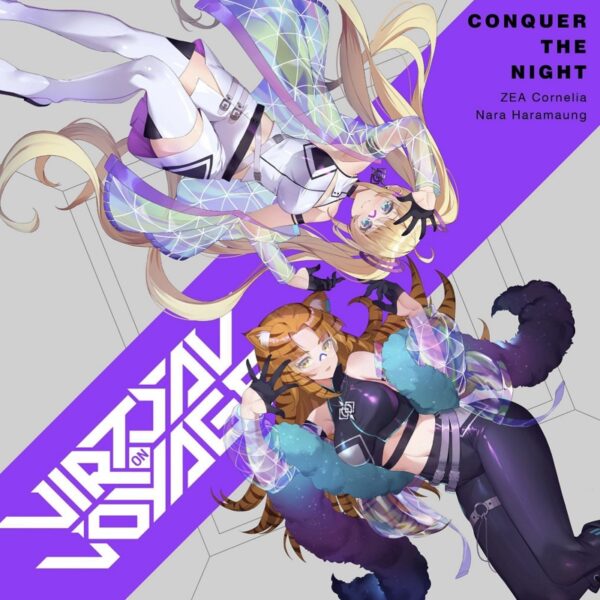 The second song, ODD-Venture, is sung by Layla Alstroemeria, Hana Macchia, and Reza Avanluna. The song is composed by Heiakim, who previously produced some songs like Hotto Dogu, and Counting!. The track illustration is drawn by Soyatu, an illustrator who also involved in the upcoming game project Project Heartbreak. 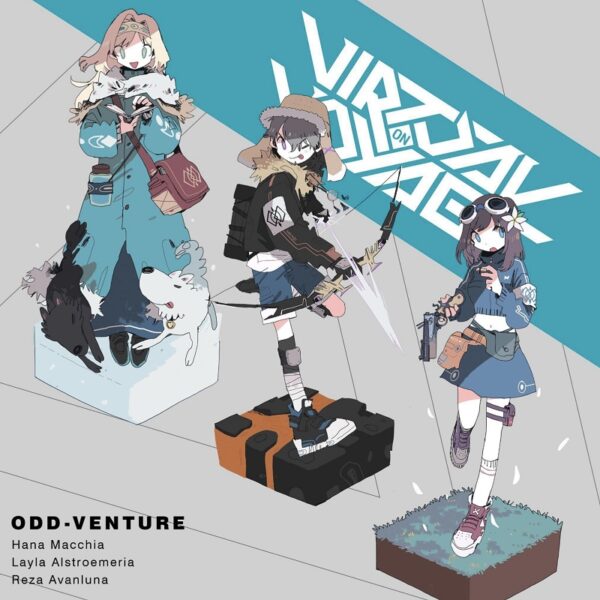 The third song, U do U, is sung by Rai Galilei, Miyu Ottavia, and Taka Radjiman.  The song is composed by Mardial, a music producer who is also known by his other alias Mamang Kesbor. The track illustration is drawn by Sen-Jou. 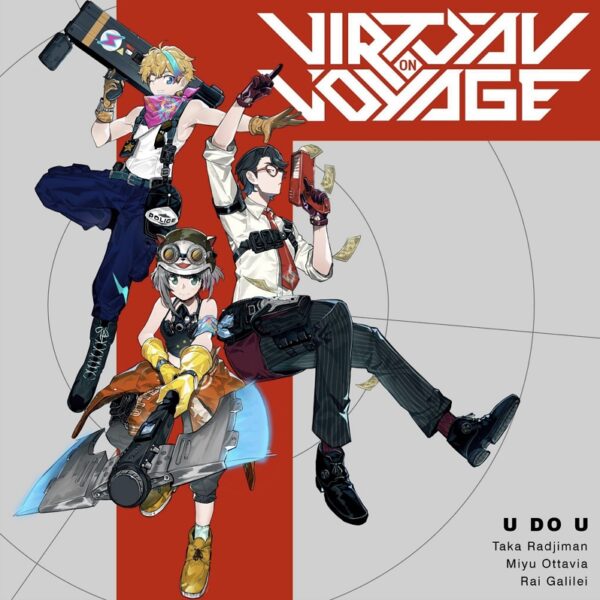