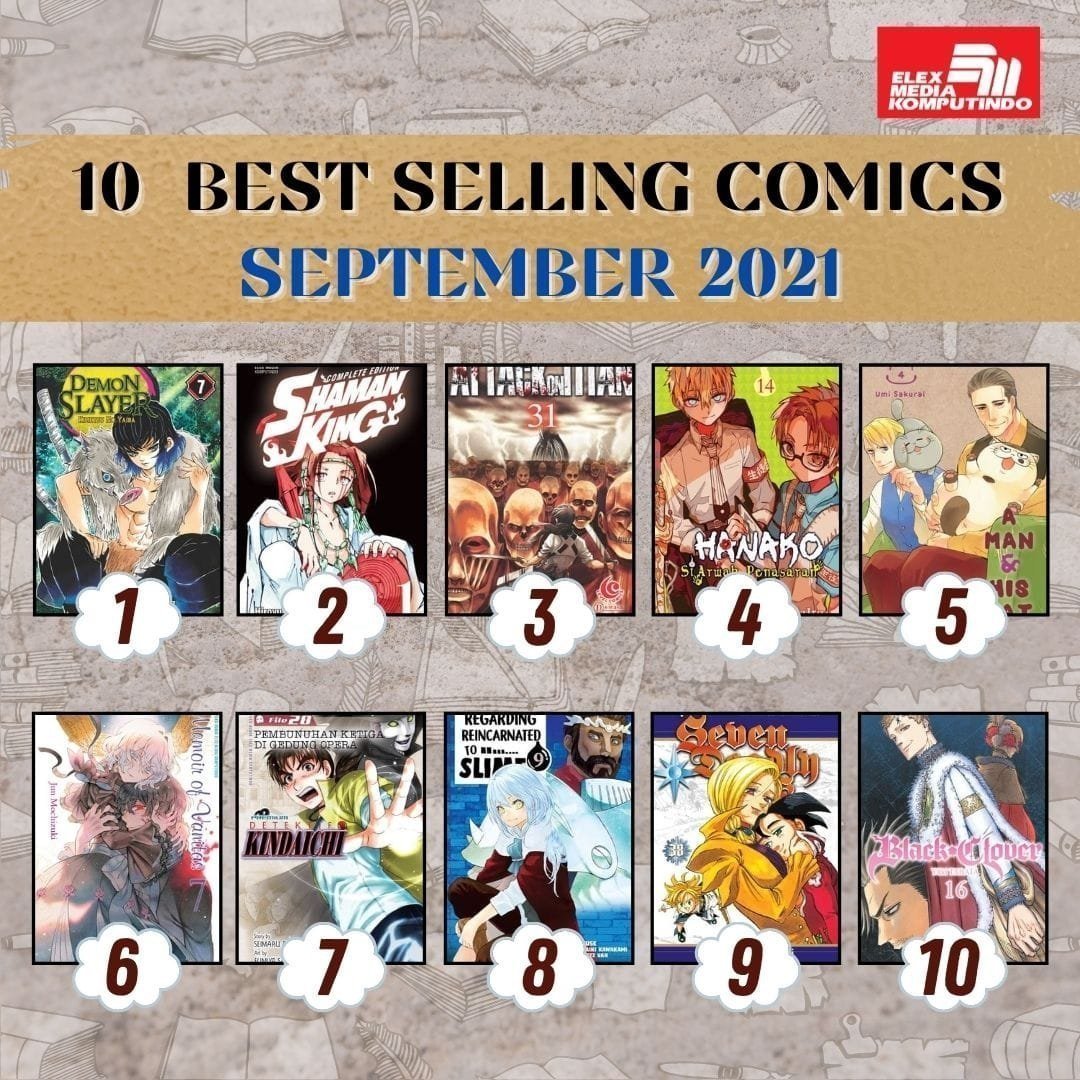 On 3 August 2021, the Twitter account of Elex Media Komputindo‘s editors of comics has posted a list of the publisher’s ten best-selling comic books in the month of September 2021. The seventh volume of Demon Slayer: Kimetsu no Yaiba takes the top spot of the month’s list.

Here is the full list of Elex Media’s best-selling comics in September 2021:

Demon Slayer: Kimetsu no Yaiba has been serialized since February 2016 in Weekly Shōnen Jump​ Magazine. The manga has also been adapted into an anime television series which aired from April 6 to September 28, 2019​, produced by Studio Ufotable. The Mugen Train Arc has also been made into a feature anime film released in 2020 and a second season is coming in 2021. 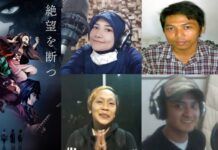 The Indonesian Dub of “Demon Slayer: Kimetsu no Yaiba” is Available on iQIYI and Bilibili