(This article is a follow-up to Exploring Electronic Music in Anime: From Samurai Champloo to Porter Robinson)

In the previous article, some anime titles that uses electronic music has been introduced along with its key figures. To recap: titles such as Champloo and Panty and Stocking feature electronic music heavily, thanks to TeddyLoid and Nujabes. The relationship between electronic music and anime culture doesn’t end with those two titles though, There are still a lot of ground to cover, such as rave events and remixes.

With the rise of electronic music in anime, more anime-themed raves are becoming common, the most recent being Anime Festival Asia Singapore’s ANiBEATS, AFA’s official after-party rave featuring DJ KAYA, DJ YURiA, and kz from livetune. While on the topic of anisong raves, there’s one place worth mentioning: MOGRA.

Located in Akihabara, Japan, MOGRA has been the host for many pop culture-themed raves, ranging from anisong, video game music, to Vocaloid. One of MOGRA’s signature in-house event is ANISON MATRIX, where various DJs gather and play live sets of anisong. Famous DJ and producer Porter Robinson has also been known to appear in last year’s ANISON MATRIX. Another example of anison rave event is Anicrush, established in 2013.

Remixes are a way for fans and/or artists to show their creativity or to create a homage towards their favorite artists. There are various ways to approach remixing a song. For example, one could remix an alternative rock song into a drum and bass tune. The possibilities are endless; it is up to the artists themselves. The same applies to anisong as well. Many musicians have made various anisong remixes into various genres, from house, pop-punk, and even funkot. Some renowned artists also had their hands on remixing anisongs, here are some of them:

Hailing from Netherlands, Noisia is a three-man drum and bass act, widely recognized as one of the pioneers in drum and bass/neurofunk scene. Having been around since 2013, Noisia has worked on numerous singles, 2 full length albums, and various soundtracks from films to video games. Back in 2014, Noisia had the chance to remix Momoiro Clover Z’s Lost Child, the ending song for Bodacious Space Pirates anime series. The huge contrast between MomoClo’s cheery pop idol tune and Noisia’s dark and gritty basslines made this remix a surprise to many people.

Another drum and bass act from Netherlands, Maduk has been gathering fans from around the world during recent years, especially after he signed to Hospital Records last year, the home of many famous drum and bass artists such as London Elektricity, Logistics, and Danny Byrd. This remix is based on the English version of the Pokemon opening song, and is released in conjunction with the release of the Pokemon GO mobile game.

Fans of Initial D are no stranger to Max Coveri’s Running in the 90s eurobeat soundtrack. First appeared in Initial D First Stage, Running in the 90s has been a huge hit until today, spawned various parodies and memes throughout the internet. UK musician Sabrepulse saw that opportunity and made a remix of it; turning the iconic fast eurobeat tune into a geeky and fun 8-bit/chiptune song.

It’s no secret that Porter Robinson is a huge fan of anime and Japanese pop culture; and he’s not afraid to show it. Porter has been gaining more fans since the release of Shelter, his latest collaboration with famous anime studio A-1 Pictures and seiyuu Misawa Sachika. Aside from Shelter and his Vocaloid take in Sad Machine, Porter also tried his hands on remixing Claris’ Irony, the opening theme for OreImo‘s first season. Porter took the cheerful tune of Irony and added a little bit of EDM flair to make it more dancefloor-friendly. This remix also appeared in Porter’s set during Anime Expo 2015.

Those are some examples of well-known artists that has tried their hands on remixing anisong. With the rise of anisong-themed raves and the vast collection of anisong remixes, fans of anime culture are starting to open themselves to nightlife culture, which, for some, might be alien to them.

The Indonesian Anime Times | by Videtra Reynaldi | Writer is a fan of electronic music and is currently spreading IDOLM@STER love while staying as low-key as possible. 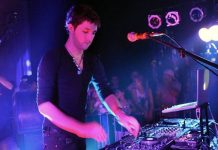