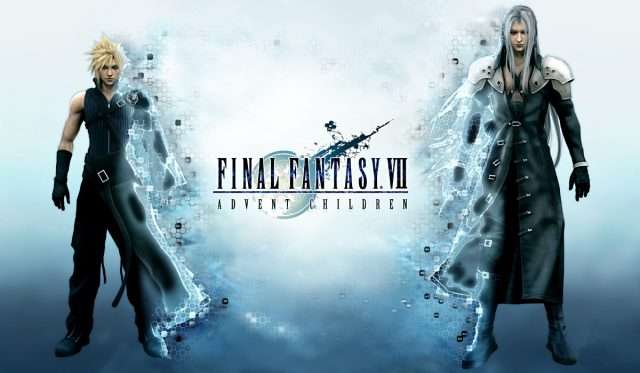 Indonesian TV channel, TRANS TV will re-broadcast the 3D animated feature Final Fantasy VII: Advent Children. Information from a commercial that aired on the channel recently and from the official site states that this film will be aired on Saturday, January 7th 2017, on 5.30 pm local time. Meanwhile, based on a data from Lembaga Sensor Film (Indonesian Film Censorship Board), this film has been classified as having passed the censor on December 16th, 2016. 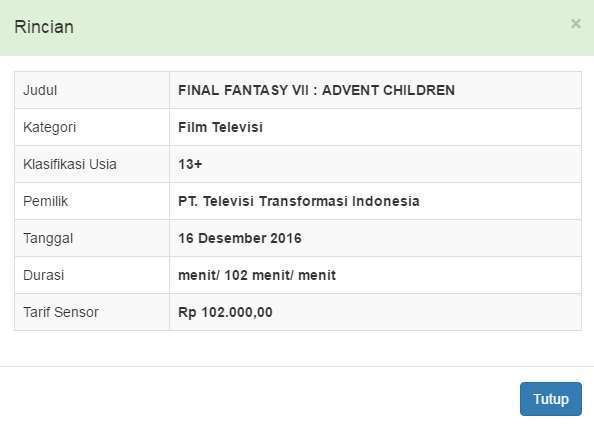 Taking place two years after the events in the game, this film revolves around a strange plague that infects people all over the world, and the main character, Cloud, is one of them. Meanwhile, three mysterious silver-haired people arrives to try to summon Sephiroth again. Will Cloud succeed to prevent the their nefarious plans? And what is actually the disease that infects Cloud?

Final Fantasy VII itself is n RPG game released by Squaresoft (now Square-Enix) in 1997 for Sony Playstation console. The game follows a bio-terrorist organization named AVALANCHE that fights against SHINRA company that pollutes and endangers the planet. A remake of the game  will be has been planned for Sony Playstation 4 console.

This film itself has been broadcasted at TRANS TV in 2007. At that time, this film was re-dubbed in Indonesian by Studio Eltra, who brought voice actors and actresses such as Mahindra Yudha Permana, Turie Sandos, Kamal Nasuti, Mardi Midorikawa, Arief Yanuar, Hilman, Esti Haryani, Hanimah, Novalina Nasution, Herman Wijaya, and Windy. Here are their roles:

At the time of this writing, though, there hasn’t been any information whether the re-broadcast will use the 2007 re-dub, or if it will feature new re-dub.