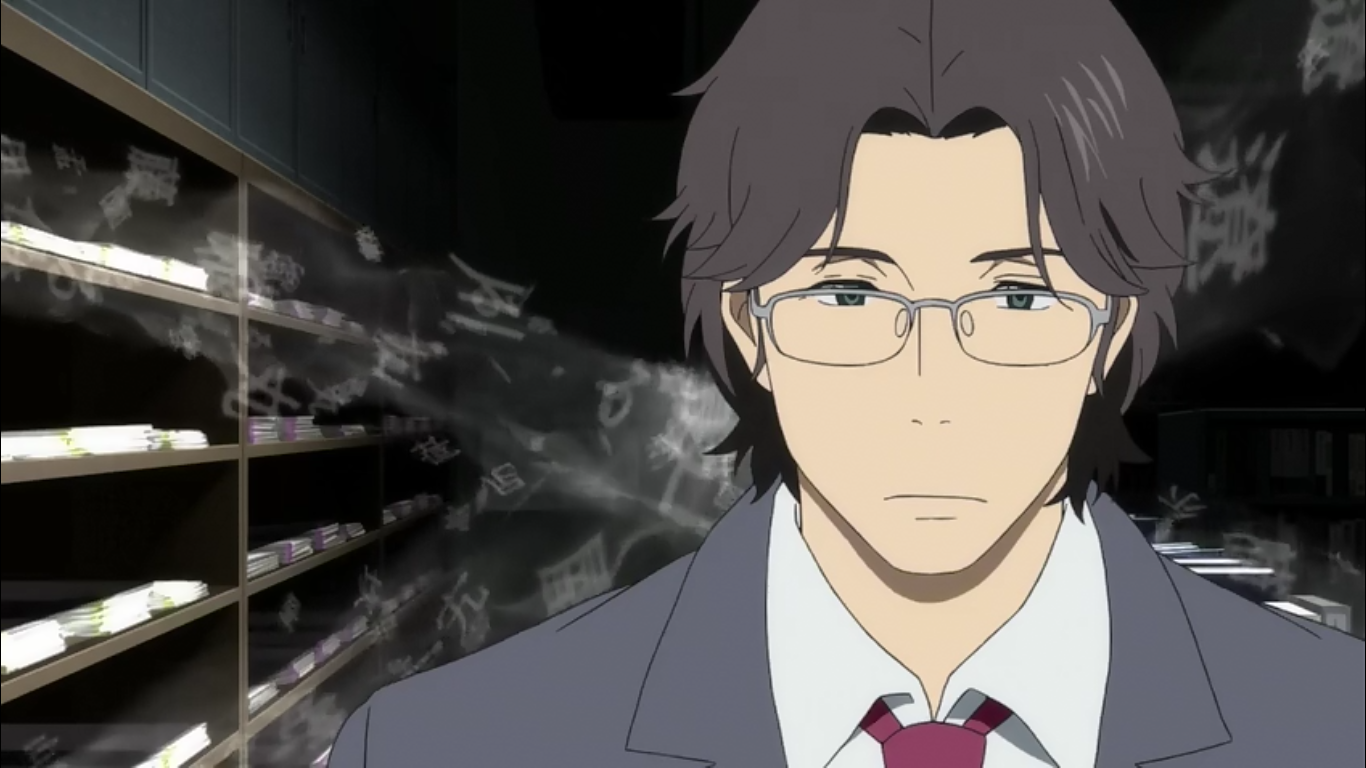 The end of December also marks the last episode of Fune wo Amu (also known as The Great Passage). Many things had happened during the show, and it leaves some lasting impressions along with it. While many viewers don’t pay much attention to this anime, actually they miss something important that can’t be found in any other anime.

Fune wo Amu started when Kohei Araki, a member of the Dictionary Department of Genbu Shobo, had to retire from the job because of some problems regarding his wife. As he was an important member, the department needed to find a successor immediately. They then met Mitsuya Majime, a person from the Sales Department who has a vast knowledge in defining words. Araki then decided that Majime should be his successor, while the chosen person in question agreed happily.

The job that they were doing was a lofty one: to make a Japanese dictionary titled Daitokai (The Great Passage). It was a single language, middle-sized dictionary that will consists of around 250.000 words. As the story goes on, Majime met with other members of the Dictionary Department, and he also encountered a love interest too.

A general picture of the beginning of the story, along with some information regarding the process of making the dictionary, had already been covered in the First Impression article on this site. Hence, this review will focus more how the show is able to be entertaining.

It’s All About Words

In the first episode of the show, there’s a conversation between Majime and Araki when both of them met for the first time:

“What will you do if you were asked to define ‘right’?”

“In term of direction, or ideology?”

“When you face north, then ‘right’ is the direction of the east.”

The interesting part of Fune wo Amu is in its depiction of how defining a word that people use everyday is harder than actually using it. There are many aspects of a word that need to be known, and an ambiguous definition of a word could lead to  misunderstanding, just as shown when Majime tried to eliminate the unclear definition of ‘right’.

When I see this, it made me started to appreciate more of the works of those behind the making of a dictionary. They need to define so many words in a precise and clear definition, while defining even a simple word like ‘right’ requires a deep understanding of language and general knowledge. That’s why the making of a dictionary involves many people, takes a large amount of money, and as Majime’s partner Nishioka said: “it seems like a forever job.”

Another interesting part of ‘word’ here is that at the end of every episode, there is a definition of a word that becomes the main theme of that episode. What took my interest at most is when they define ‘love’.

It’s an episode when Majime started to have a crush on Kaguya, the granddaughter of his landlord who happened to stay at his house because of her new job. Majime started to panic, and he even asked some advice from Nishioka to help him confess his feeling. But at the end, Majime wrote a very long ‘classic’ love letter that even Kaguya had a hard time to understand.

When it comes to love, the show might want to tell that this is the hardest word to define. Every person will have their own version of what is love, and it has a story behind it. Even a person like Majime has a hard time understanding love, and he’s also a bit shy to hear that word.

It Went so Fast

Every story has good things, but they also had some things lacking. And what I think is the most lacking in Fune wo Amu is a very short problem.

Fune wo Amu depicts how difficult it is to create a dictionary. It takes a long time of dedication, high concentration, and patience. Having this kind of job would make them encounter some problems. For example, when Nishioka was ordered to move to another department, or when they needed to check for some missing words.

Those problems were realistic, but it happened in such a short time. A problem arose, they panicked, but in no time, the problem was solved. It makes you feel that the story moves so steadily and has no tension at all. The story also has no conflict at all: every people seems like in a good term every day. It is bad to fight, but sometimes, it feels boring to see everything went smoothly.

Another issue is how the show makes too much time skips, especially for the relationship between Majime and Kaguya. Maybe it’s because of the episode count limit, but it will be better if the story was explained in more details. Perhaps viewers would need to check the novel the show is based on.

As Thick as a Dictionary

Fune wo Amu has done a good job to end the show with the completion of Daitokai. It gives a good impression and leaves nothing hanging about the story, because every essential things have been explained in those 11 episodes. While it does well in showing how beautiful and difficult it is to define a word, it’s lacking in how short the time given for the story.

I’d like to say that this show is like a thick dictionary: it seems boring on the surface, but when you see it deeply, you will know how important it is, and then you will realize that it is not as boring as you see. For those who are searching for a different view of anime, you might have a try on this series.