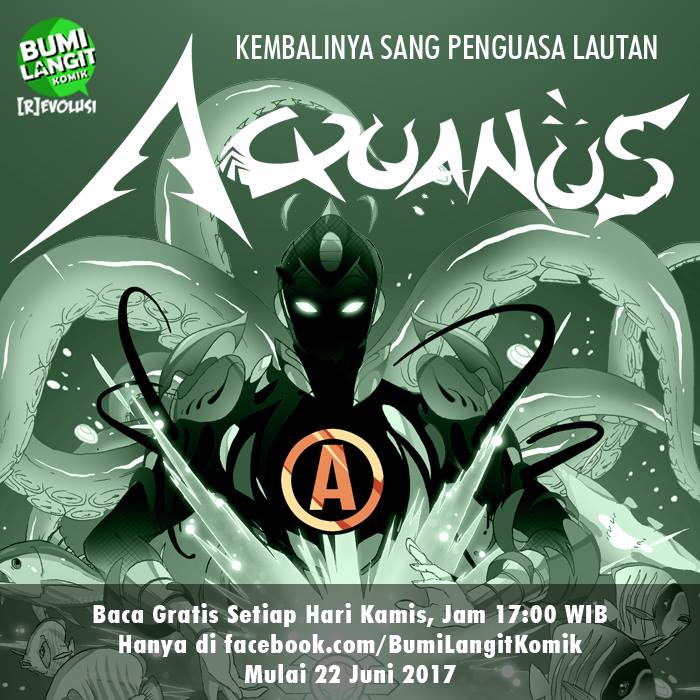 One of the classic superheroes from Indonesia is remade by publisher BumiLangit in the project BumiLangit [R]evolusi. This time, the character is a superhero who represents the element of water, Aquanus.

Originally created by Wid NS in the late 60s, the new version of Aquanus is drawn and designed by Galang Tirtakusuma, a famous local comic artist whose notable works include Garudaboi, Vulcaman Z, and Lunar Helios in re:ON. Imansyah Lubis, also known as Bapak Ranger, acts as the editor for the new series.

As quoted in Planet Superhero, Aquanus, whose secret identity is Dhanus, is one of the superhero characters from Indonesia created by Wid NS which debuted in the comic book Aquanus di Planet Vibhy (Aquanus on the Planet Vibhy) in 1968. He was the adopted son of the King of planet Zyba who was sent to Earth and raised by islanders. The character design was inspired by a DC Comics superhero, Aquaman. Moreover, the superhero is also able to breathe underwater and swim in high speed. He also posses a belt capable of emitting rainbow rays which can destroy whatever affected by the light.

Aquaman, which was the inspiration of Aquanus, is a superhero comic character which debuted in 1941. Aquaman, or Arthur Curry, is the ruler of Atlantis and Earth’s oceans who posses incredible strength and speed as well as the ability to command all sea-life. Aquaman has been adapted into several media over the decades. Aquaman will appear as one of the members of the eponymous superhero team in the Justice League film, portrayed by Jason Momoa, which will be released in November 2017. Aquaman is also getting his own solo film set to be released in December 2018, which is directed by James Wan and is currently filming.

BumiLangit [R]evolusi Project is a project by BumiLangit to ‘revive’ the legacy of old Indonesian comics. The project was teased in the early 2017 and launched in the third week of May 2017 with Si Buta dari Gua Hantu (The Blind Warrior of the Haunted Cave) and Maza: Prince of Dream being published in the same week. It has been confirmed that there will be 8 heroes who will be included in the project, who are representing eight elements. Aquanus is the third series in this project that has been released.

Titled Kembalinya Sang Penguasa Laut: Aquanus (The Return of the Ruler of the Seas: Aquanus), in this version, Dhanus is the CEO of Vibhy Enterprise, a handsome and popular young man. The story begins with the discovery of a giant severed tentacle. How will the discovery of the tentacle connect to Dhanus?The new comic series has debuted in 22 June 2017 and will be updated every Thursday at 17.00 WIB (GMT+7) on BumiLangit’s Facebook Page. Other BumiLangit [R]evolusi Project comics can also be read on that Facebook page. All comics are in Indonesian language. 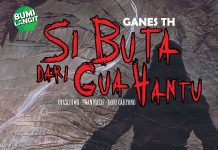