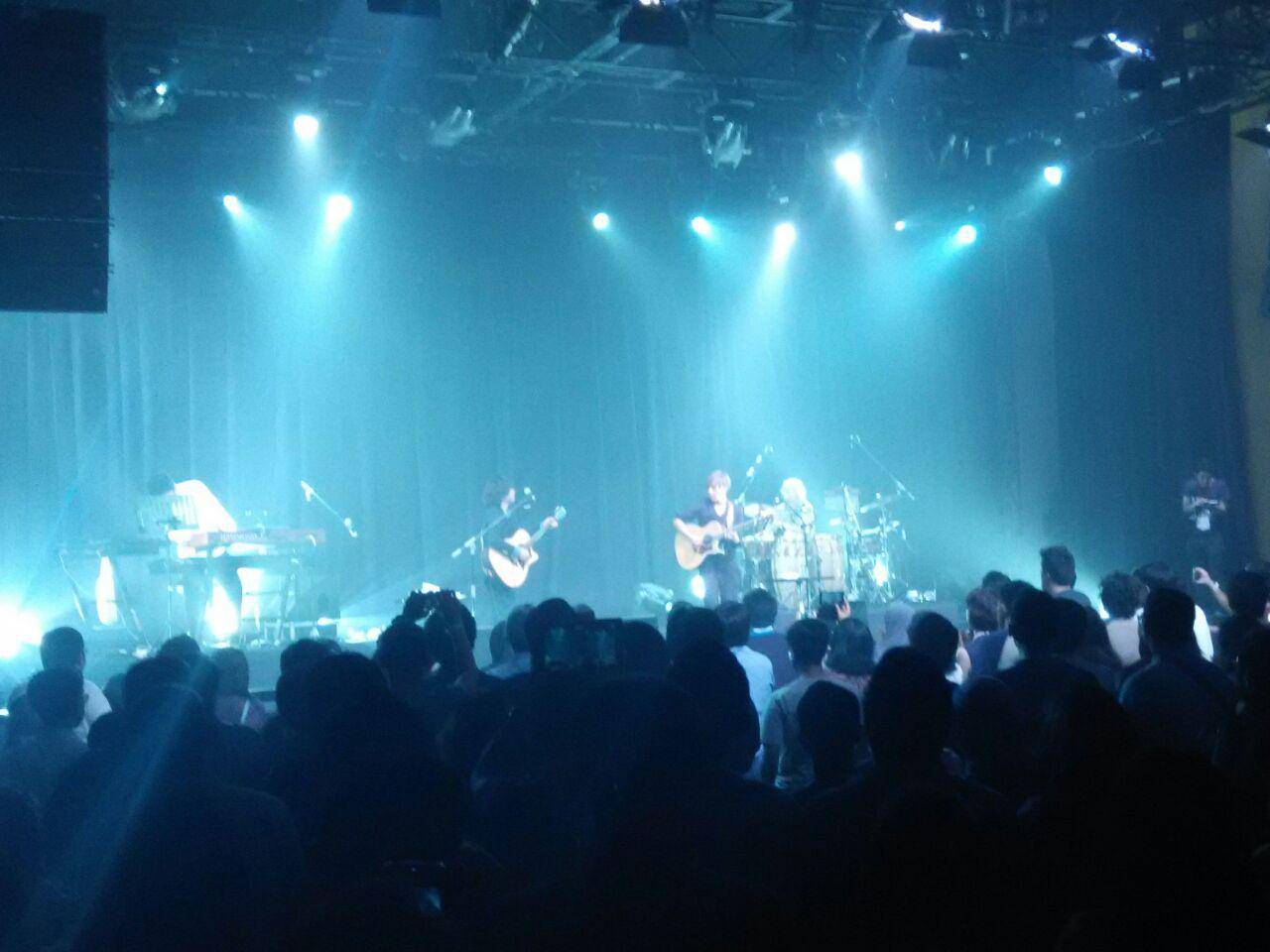 With 18 songs performed, guitarist duet Miura Takuya and Tokuoka Yoshinari not only entertained the audience with a charming acoustic, but they also took the chance to speak in bahasa Indonesia, provoking laughter from the audience.

Initially, Miura joked by speaking “woles aja” (woles means slow-paced in Indonesian), leaving the audience wondering how they could speak such slang language. Then, when introducing the song “Kiss”, Miura made the female audience scream with his “kiss me” while pointing to Tokuoka, replied with a straight “no” answer by Tokuoka. Then Miura said, “sakitnya tuh di sini,” referring to a dangdut song currently popular in mass media.

In the middle of the concert, the atmosphere picked up when Depapepe invited the audience to stand and speed up their rhythm. While clapping, Miura asked the audience to shout “Depapepe” along to his instructions, given in his pseudo-Indonesian, “satu, dua, tiga, empa.”

In the end of the concert, people were shouting “encore”, inciting Depapepe to perform one more song, with a total performance of 1 hour 40 minutes.