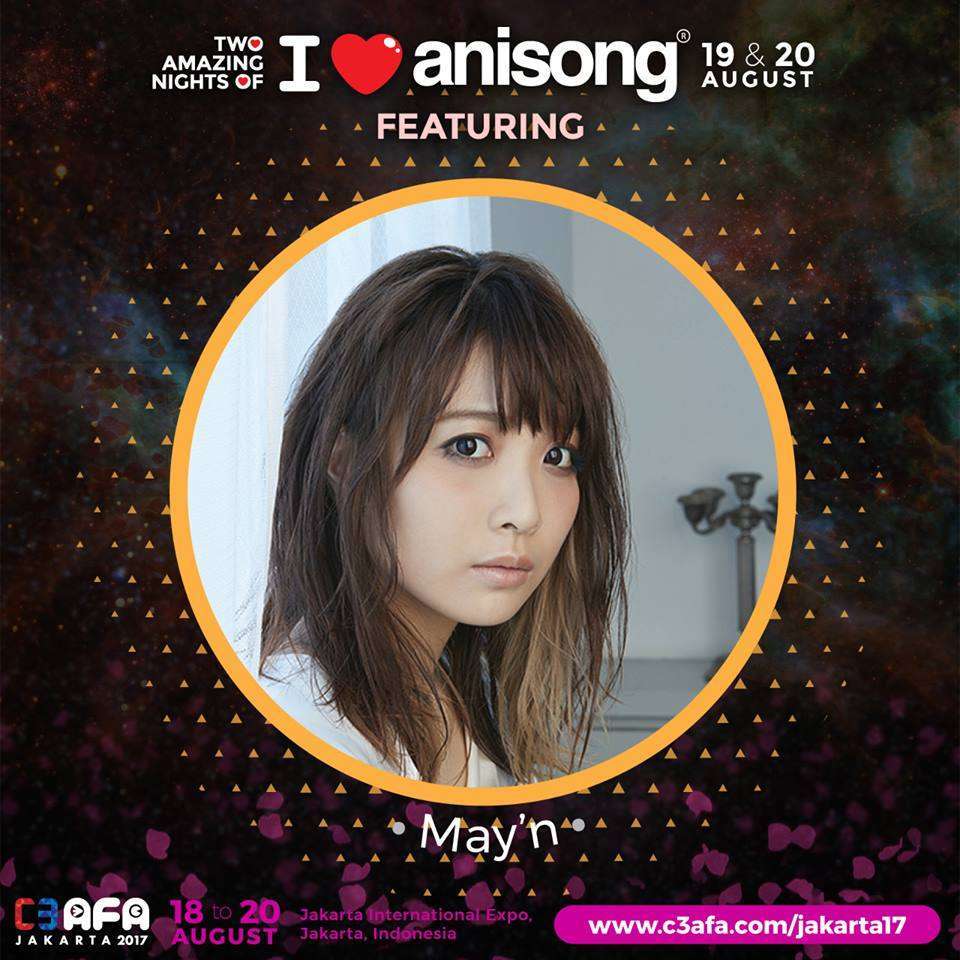 Ami Wajima, the newcomer anisong artist who is known for performing the ending theme of Digimon Universe: Appli Monsters, announced that she has canceled her upcoming appearance in I Love Anisong concert in C3 AFA Jakarta 2017 event. The decision was made following her poor health condition.

On her personal blog, Ami Wajima anounced her hiatus from all  activities this year (including attending C3 AFA Jakarta 2017) to recover from her poor health condition. In addition, she expected considerations from her fans to keep on cheering upon her career in the future.

To replace Wajima in the I Love Anisong concert, C3 AFA Jakarta 2017 has announced that May’n will be attending the event which will be held on 18-20 August 2017, at JIEXPO Jakarta, Indonesia

May’n will be joining the Saturday (19 August) lineup of the I Love Anisong C3 AFA Jakarta concert.

The full lineup of the artists for I Love Anisong C3 AFA Jakarta 2017 is as follows: