Since a long time ago, mysterious creatures called Aratama has plagued the country. To combat these creatures, young shrine maidens called Toji are tasked to exorcise the Aratama. Armed with special swords, these girls work with the government and founded five schools across the country to train the new Toji. In spring, the schools will send their delegations for a tournament to decide which among them is the strongest.

It is a bit tricky to judge whether this anime is good or not just from its early episodes. Many anime before had showed promising potential only to end weakly in the end, and many had done the opposite. That’s why it’s better to reserve judgement for this anime until it has been completed.

One of the weaknesses of this anime is in how it introduces the setting and terms in the story. Because of the nature of the anime, it has quite a lot of terms in the dialogues, and the formulaic beginning of the anime didn’t help at all.

Another flaw of the anime is the tendency of the narrative to only focus on certain main characters, without giving time for the others to shine. This perhaps, is because the anime can’t find a way to balance the introductions of characters and their development.

However, some aspect of the anime are worthy to watch, especially the action scenes. The combination of 2D and 3D animation are used for the fight scenes, which feature swordfights based on real traditional styles. The fight scenes are fast, quite unique, and not filled with excessive effects.

Just as said above, this anime can’t be judged to be good or not just from the early episodes, considering the planned length of the anime. However, the anime could have some potential in creating a new franchise with mix-media strategy, considering the upcoming mobile game. 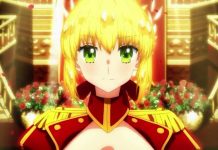 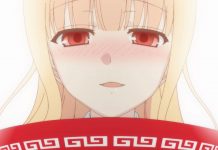 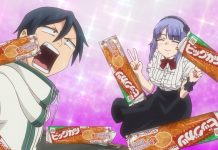 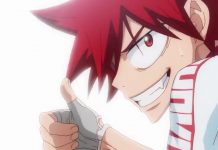 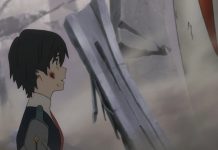 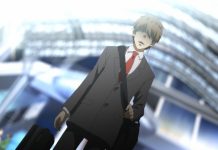