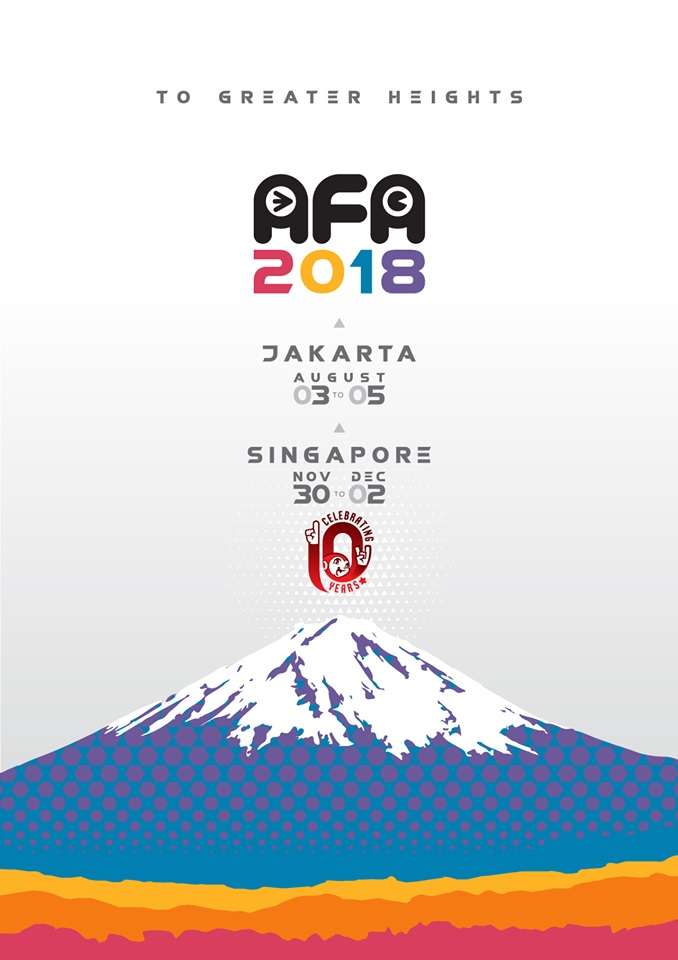 In 2018, one of the largest Japanese pop culture events in Indonesia, Anime Festival Asia, will return for its seventh time in Indonesia. As announced via its Facebook page on Wednesday (31/1), AFA Jakarta 2018 will be held on 3-5 August 2018. Furthermore, it was also announced that AFA Singapore 2018 will be held on 30 November – 02 December 2018.

Anime Festival Asia, or abbreviated as AFA Jakarta (previously known as AFA Indonesia) is one of the major Japanese pop culture events in Indonesia. Not only presenting popular anime series and merchandises, since the inaugural event in Indonesia in 2012, the event also presents anisong artists Japan.