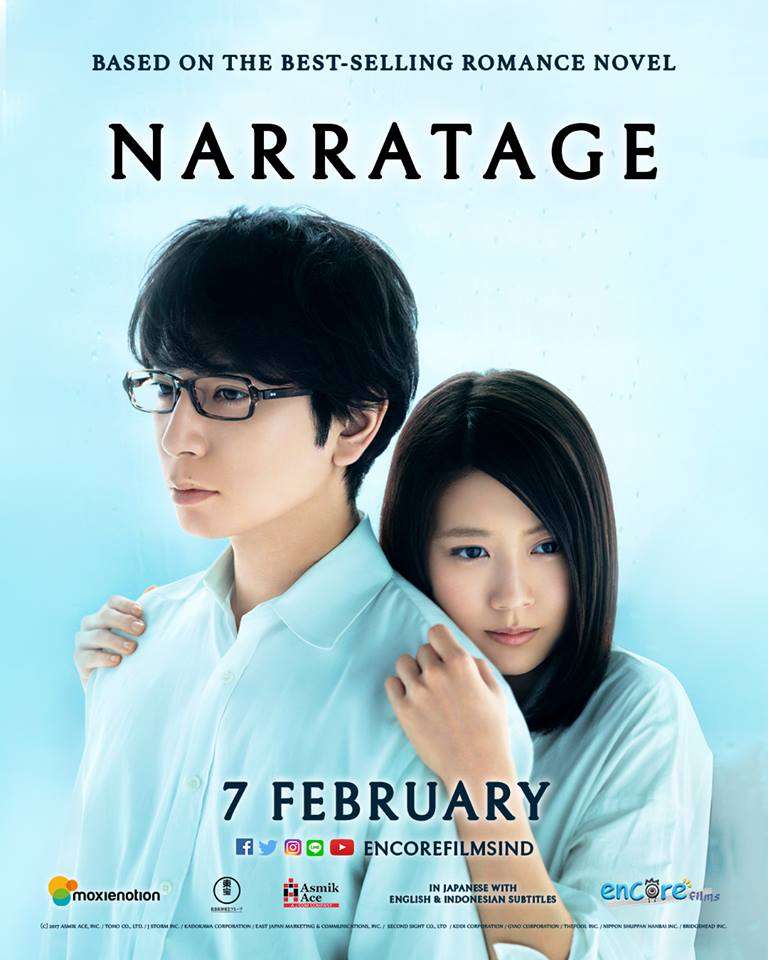 Directed by Isao Yukisada, Narratage is adapted from a Japanese romance masterpiece by Noma Prize-winning novelist Rio Shimamoto. The film explores the forbidden love between a high school teacher and his student. 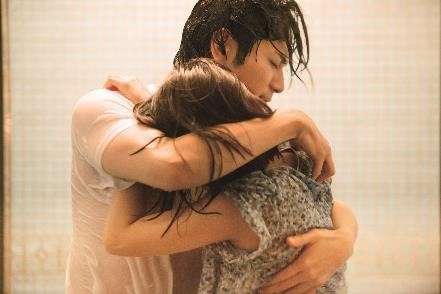 Despite the novel’s controversial themes, Narratage went on to become a bestseller in Japan, ranking top in Book Magazine and 6th at the Bookshop Awards in 2005. It was also nominated at the 18th Shugoro Yamamoto Awards. The novel was written when Shimamato was just 20, and she has since gained an enthusiastic following, especially amongst women.

The film adaptation stars Jun Matsumoto, of boyband ARASHI fame, in his first film role after four years. The actor was drawn to the emotions expressed in the novel, “a special feeling” which he did not get from other works. Matsumoto visited Toyama, where the film was shot, beforehand to immerse himself in the environment that his character—high school teacher Takashi Hayama—led his life. 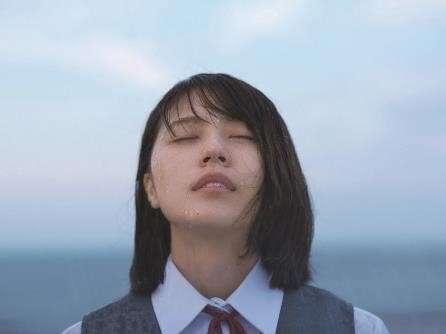 Award-winning actress Kasumi Arimura stars as Izumi Kudo, a young woman whose love for her former high school teacher Hayama persisted even after she graduated. Said the actress, “As the filming progressed, it was very tough to portray the character. My feelings then were very much complicated, and I even doubted myself during the acting, but the director gave his agreement, and I went ahead, believing in him.” Arimura and Matsumoto first met on the set of television series Heartbroken Chocolatier, in which they played a pair of siblings. Starring alongside them is Kentaro Sakaguchi, in the role of the jealous Reiji Ono who loves Izumi. The cast also includes Koji Seto and Mikako Ichikawa.

The adaptation of this best-selling novel has been in the planning for 12 years. Director Yukisada, famed for his work on the popular Crying Out Love in the Centre of the World film adaptation, was interested in the unconventional angle that the novel approaches love—one that portrays the desires of a young girl and how her femininity is aroused by an adult male. Yukisada’s detailed and sensitive directing was emphasised by Matsumoto, who said, “There is a corresponding movement to every dialogue, which changes the impression it will leave on those watching the scene.” 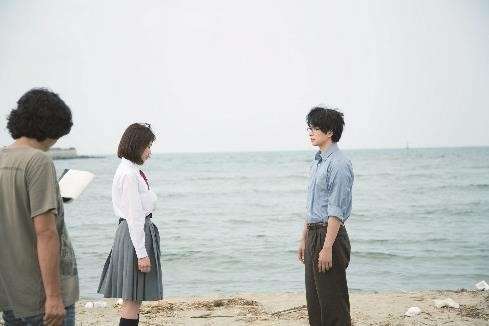 “This is a movie that the audience should ‘feel’. It’s not one of those ‘boy-meets-girl’ movie, because in reality, love is not like that. When you’re hurt, you start to learn what love is truly about,” said Yukisada. 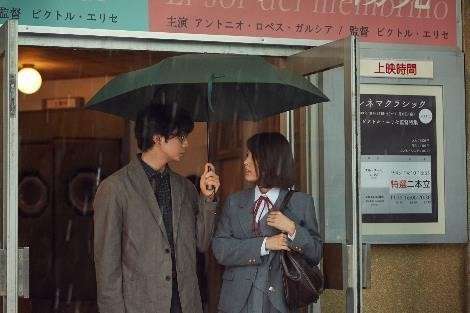 In the spring of her second year at university, Izumi (Kasumi Arimura) receives a phone call from the object of her unrequited love—her former high school teacher, Hayama (Jun Matsumoto). He requests for her help in one of her junior’s graduation performance for the drama club. During Izumi’s high school days, Hayama brought her out of her shell, and she eventually fell for him. 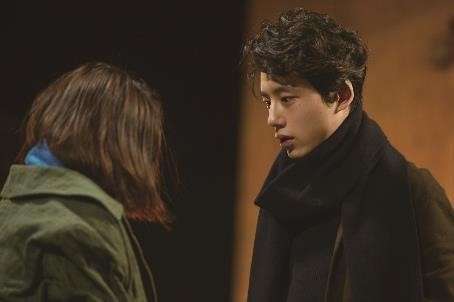 Thrilled by the unexpected opportunity of seeing him again, Izumi is stirred with memories of Hayama, especially that of her own graduation day, and a secret that he had confessed to her then. 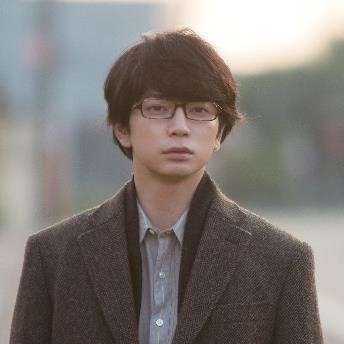 Hayama is a high school humanities teacher and the consultant of the school’s drama club. He invited Izumi, who had difficulties blending in with her classmates, to join the drama club and they grow close. Years later, he calls Izumi to ask for her help in her junior’s graduation performance. He may treat her as just another former student, but there is a past that he is unable to forget.

A member of Japanese boyband ARASHI, Matsumoto is a popular Japanese idol, singer, actor, and radio host. He is best remembered for his role as Tsukasa Domyoji in the highly rated television series adaptation of BOYS OVER FLOWERS, which won him Best Supporting Actor at the 47th Television Drama Academy Awards. Other works include television series Gokusen, Bambino!, Smile and The Kindaichi Case Files, as well as films Shinjuku Boy Detectives (1998) and Tokyo Tower (2005). 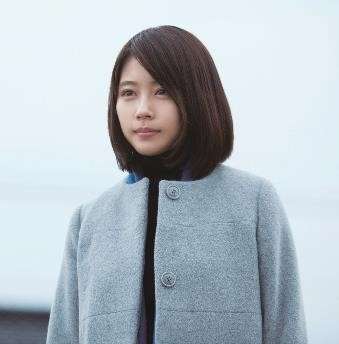 Izumi used to be a lonely high school student, before her teacher Hayama brought her into the drama club, in attempt to bring her out of her shell. She eventually fell in love with him, but it was unrequited. In her second year of university, she unexpectedly receives a call from Hayama, who requests for her to help out at a performance, and her heart is stirred.

Arimura debuted during high school, and in 2014, she was ranked first among all other young female breakout artistes. At the 39th Japan Academy Prize, she won two awards—Best Newcomer and Excellent Actress—for her role in film Flying Colours. Her recent works include films I Am a Hero (2016), Erased (2016) and the March series (2017) as well as television dramas Love That Makes You Cry and Hiyokko. 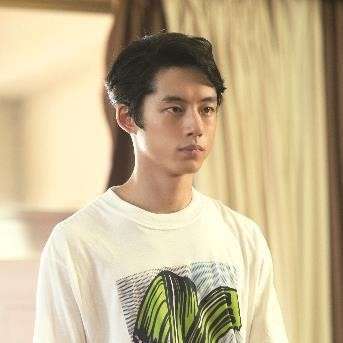 Ono aspires to become a shoemaker. At the invitation of his friend Kurokawa from university, he agrees to help out in the high school drama club’s graduation performance, where he meets Izumi. Ono grows to admire Izumi, and soon becomes jealous of her feelings towards the teacher Hayama.

Sakaguchi debuted as a model for men’s magazines, before making his acting debut in film Shanti Days 365 Days, Happy Breath (2014). He has since gained popularity for his roles in televisions series Toto Nee-Chan: Fatherly Sister, Tokyo Tarareba Girls and I’m Sorry, I Love You, and in films such as The 100th Love With You (2017). 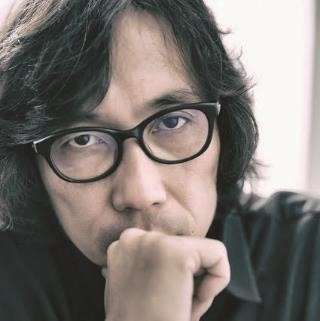 Yukisada is a director and writer, best known for Crying Out Love in the Centre of the World (2004), which he directed and wrote, as well as Go (2001) and Parade (2010). His work on Go earned him the Director of the Year award at the 25th Japan Academy Prize and Best Director at the 44th Blue Ribbon Awards. 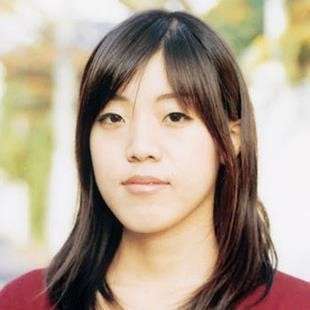 Shimamoto official print debut came in 2001 with the novella Silhouette, winner of the Gunzo Prize for New Writers. Little by Little, her second book, was nominated for the Akutagawa Prize in January 2003. As Shimamoto was only 19 at the time, the nomination drew considerable attention; the book went on to win the Noma Prize for New Writers. Shimamoto cemented her reputation with the best-selling Narratage in 2005. Thrice nominated for the Akutagawa, she was also listed for the 2011 Naoki Prize for Understand Maybe. Shimamoto enjoys a particularly enthusiastic following among young women.