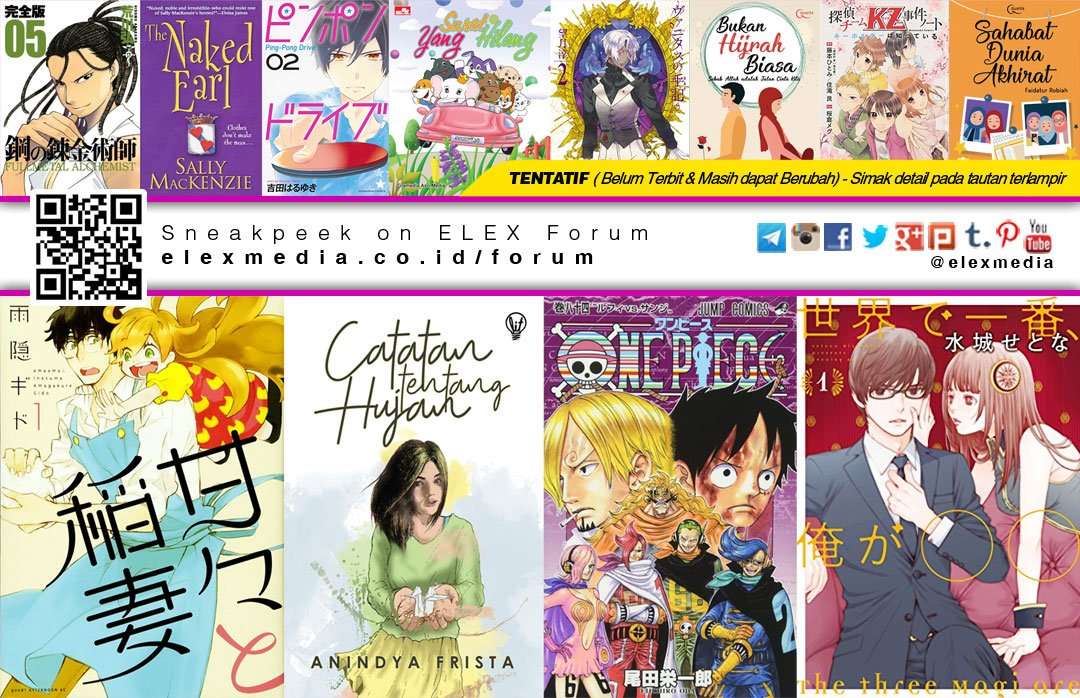 Elex Media recently announced on their upcoming comics sneak peek in their forum and social media that Gido Amagakure’s Sweetness and Lightning (Amaama to Inazuma) manga series will be released in Indonesia. The release date has not been announced yet.

After losing his wife, high school teacher Inuzuka is currently having a hard time raising his daughter, Tsumugi. Kotori, one of Inuzuka’s students, decides to help him by teaching how to cook.

The heartwarming and delicious family drama is about to begin!

Sweetness and Lightning is an ongoing manga series published in good! Afternoon monthly manga magazine by Kodansha. The manga has also received an anime adaptation in 2016.