On their social media account, Ponimu Indonesia has announced two new fall 2018 anime that will be simulcasted on their streaming service. These two anime will be the first shows to be simulcasted by Ponimu as they air in Japan.

The first anime is Tonari no Kyuuketsuki-san! (English title: Ms. Vampire who lives in my neighborhood), which will start simulcasting on Ponimu on 5 October. It tells the story of Akari Amano, a normal high school girl who befriended a vampire named Sophie Twilight after a strange incident. Noriyaki Akitaya (Bakuman) is directing the anime at Studio Gokumi and AXsiZ.

The second anime is Merc StoriA (English title: Merc Storia: The Apathetic Boy and the Girl in a Bottle), which will start simulcasting on 11 October. The anime is adapted from a smartphone game developed by Happy Elements (Last Period). It tells the story of a “Yujutsushi” (Healer) who embarks on a journey to restore the memories of his friend Merc. The anime is directed by Fumitoshi Oizaki (AOKANA: Four Rhythm Across the Blue) and animated by Encourage Films.

Ponimu Indonesia is an anime streaming site that has been launched in July 2018. The site offers streaming of legal anime with Indonesian language subtitles. Ponimu also offers HD quality videos so that user can watch their favourite anime with the best quality. 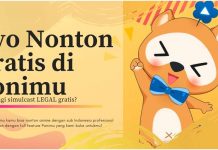 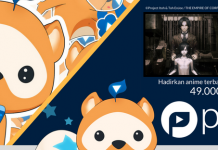