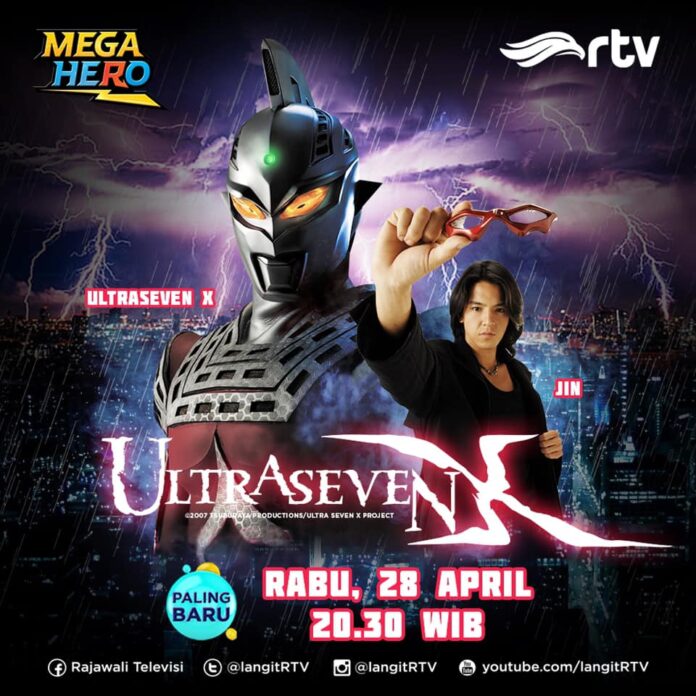 Indonesian TV station Rajawali Televisi (RTV) has added the tokusatsu series Ultraseven X to be aired in Indonesia. The promotional picture posted on RTV’s social media account on Monday (20/4) has announced that the series is scheduled to begin airing on Wednesday, 28 April 2021 at 20.30 West Indonesia Time (UTC+7).

Ultraseven X tells of an amnesiac man named Jin, an agent of the organization DEUS tasked with fighting aliens that have infiltrated human society. When he is given a pair of red glasses from a woman named Elea, he can use it to transform into a red giant. This series originally aired in 2007 and ran for 12 episodes.