Indonesian TV station Rajawali Televisi (RTV) is showing the anime series Pokémon Journeys. In a commercial for the show released on RTV’s social media on Saturday (2/10), it was revealed that the show debuted on 2 October 2021 at 0700 West Indonesia Time, and airs every Saturday and Sunday.

Pokémon Journeys is the 23rd season of the Pokémon anime series, airing in Japan between November 2019 to December 2020. The season follows the young Pokémon trainer Ash Ketchum as he journeys with a new protagonist Goh across the different regions of the Pokémon world.

RTV has previously shown Pokémon Sun & Moon in 2019. Other TV stations that have shown Pokémon anime in Indonesia were SCTV in early 2000s, Indosiar in mid-2000s up to Best Wishes series in 2013, MNCTV which showed Pokémon XY in 2015, and then Global TV in 2017. The anime film Pokémon the Movie: Genesect and the Legend Awakened was shown at the Blitzmegaplex cinema chain (now CGV Cinemas Indonesia) in 2013 lalu, while a number of other Pokémon anime films have also been shown by Indosiar. 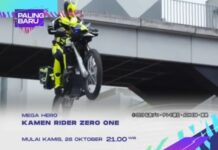 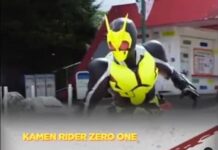