Previously, Indonesian manga publisher m&c! announced that they are planning to release Ao Haru Ride manga series in Indonesia. This time, new details have surfaced regarding the release date as well as the price.

Ao Haru Ride started its serialization in Bessatsu Margaret monthly magazine series since February 2011. The series is currently on its 12th volume, which has been released in Japan since 21st of December, 2014. Ao Haru Ride‘s sales has reached 9.3 million copies sold in 2014.

Ao Haru Ride tells the story of Futaba Yoshioka, a female high school student who is currently struggling to change her image so she can live a new life in her new school. Suddenly, Futaba happens to meet her childhood friend, Kou Tanaka, as her classmate. Now, Futaba is trying to convey her true feelings towards Tanaka, who has changed name into Kou Mabuchi. 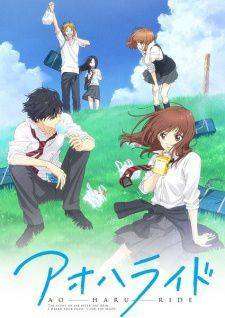 Back in summer season of 2014, Ao Haru Ride received an anime adaptation from Production I.G. A live-action movie has also been released at the end of last year, obtaining 1.4 million Yen through ticket sales in 23 days after the premiere. These numbers successfully put Ao Haru Ride as one of the most prolific live-action shoujo manga adaptations in Japan.