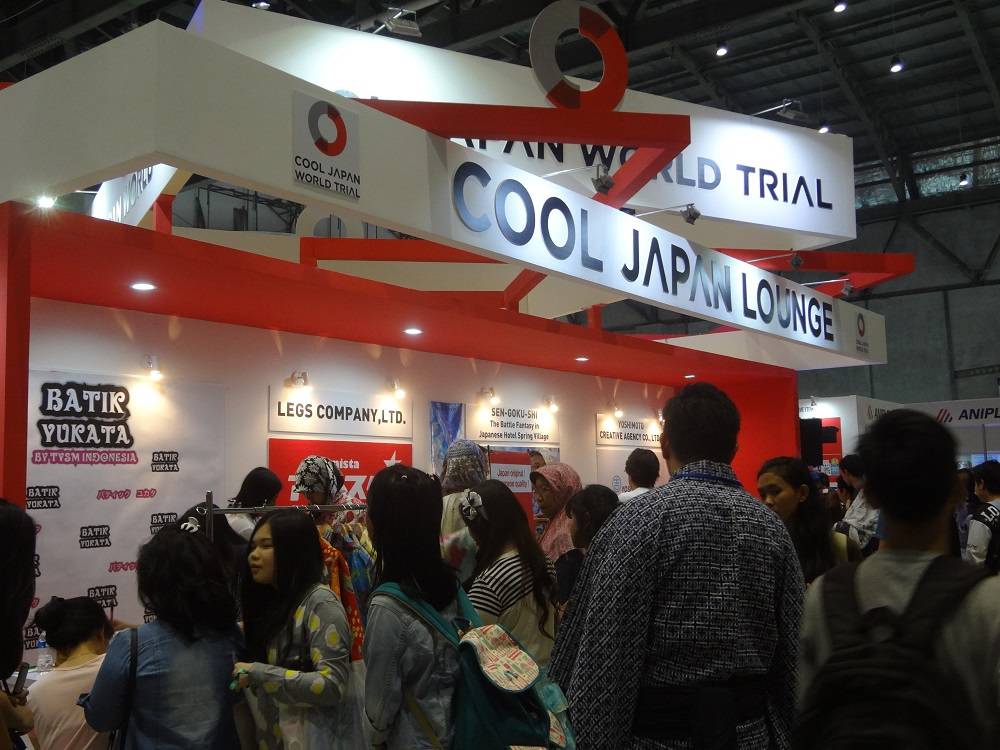 Last month, one of the most anticipated anime events in Indonesia, AFAID, was held for its fourth time, for three days from September 25 to 27, 2015. Having been held at the Jakarta Convention Center in the past two years, AFAID 2015 changed its venue back to its debut location, JIExpo Kemayoran in Jakarta.

Anime Festival Asia Indonesia, or AFAID for short, is one of the biggest anime and Japanese pop culture event in Indonesia. AFAID was first held on September 1 & 2, 2012, at JIExpo Kemayoran, Jakarta. AFAID is focusing on popular contents and the latest trends based on the interests and preferences of the Indonesian audience. It is a satellite event of Anime Festival Asia in Singapore, Southeast Asia’s biggest and most anticipated showcase of the latest Japanese popular culture, anime contents and stars. One of AFAID’s main event is the I Love Anisong concert. This concert features not one, but a collection of Japanese artists who perform anime theme songs, or anisong. Other than the concert, the event also promises its visitors the chance to come face-to-face with Japan’s top talents and see the latest offerings in animation and the Japanese popular culture scene, complete with premium original merchandise, movie screenings, cosplay-related activities, and maid and butler café experiences. The experience is likened to being in Japan’s famous Akihabara district.

Let’s take a look at what AFAID 2015 has to offer in the following report:

On Friday, the first day of the event, the queues were not really long. But on Saturday, fans had already began to queue at the AFAID 2015 entrance, which turns into long queues that remain for hours until noon and overwhelmed the staff for some time.

Curiously, the situation was different on Sunday, the final day of the event. There is no queue at the entrance and visitors just need to spend 15 minutes from buying the ticket to entering the exhibition hall, unlike the hours long queuing on the previous day.

For this year’s AFAID, a barcode-bearing wristband was used as ticket. The visitors must tap the barcode on the wristband when entering the exhibition and the main stage halls.

Inside the Exhibition Hall, visitors were treated with booths offering various merchandises. One of the most attractive booth is Gundam’s booth, which featured replicas of mobile suits from Reconguista in G and Gundam Build Fighters Try series.

A number of local creative economy products also made their presence in the Exhibition Hall of AFAID 2015. Among them are the comics magazine re:ON and the animated film Battle of Surabaya.

The Exhibition Hall did not only feature booths selling various merchandises, but also featured a Mini Stage.  One of the major attractions on this Mini Stage is Meet & Greet with the guest cosplayers that came to AFAID 2015. For three days, visitors can meet and greet with cosplay idols ranging from domestic guests such as Pinky Lu Xun and Richfield Edbert, to foreign guests such as Angie, Ying Tze, Liui Aquino, Ely, and Otogi Nekomu. Their appearances made the Mini Stage area gets crowded.

Other than the Mini Stage, another spot in the Exhibition Hall that also attracted visitors’ attention is Sony’s booth. Here, visitors can purchase various CD albums of Japanese artists that has been released in Indonesia. Anisong artists that perform for AFAID such as GARNiDELiA were also having Meet & Greet sessions here. In addition, the anisong DJ 和-KAZU- held a mini concert at this booth.

Meet & Greet with Anisongs artists was not limited only on Sony’s booth. The Japanese rock band FLOW also had meet & greet session with fans who came to AFAID on the first day at Cool Japan World Trial’s booth. All the members of FLOW answered some questions from the fans. Other than FLOW, there was also Pink Babies, an idol group that came to greet the fans at this booth.

At Pony Canyon’s booth, located not far from the entrance, guest artists under their label were also available for Meet & Greet sessions. At this booth, visitors can request an autograph of their favorite artists.

Beside the Exhibition Hall, the Main Stage of AFAID 2015 offered a number of interesting programs, such as anime screening. Within the three days, the stage screened some anime films which included Attack on Titan Movie Part 1: Guren no Yumiya, Part 2: Jiyuu no Tsubasa, Yowamushi Pedal movie, and Date A Live: Mayuri Judgement.

The guest stars of AFAID 2015 also made their appearances on the Main Stage. On Friday, one of the seiyuu (voice actor/actress) of the anime series Arpeggio of Blue Steel: Ars Nova, Mai Fuchigami, appeared on the Stage. Other seiyuu who appeared on the Main Stage are Junko Takeuchi (voice of Naruto), and Show Hayami (Gakuho Asano in Assassination Classroom). Other than the seiyuu, the popular singer GACKT and guest cosplayers also appeared in stage programs.

The stage programs also included some music performances. A screening of Love Live!’s µ’s 3rd Anniversary Concert was presented on the stage. Other performers included JKT48 and Pink Babies, Majiko and MikitoP from the Exit Tunes, as well as MICHI, Yumiri Hanamori, and Yurika Endo from Pony Canyon.

A highlight from AFAID 2015’s Main Stage on the second day is the performance from two idol groups, JKT48 and Pink Babies, presented as “AFAID Cool Japan Stage 2015”. This is the second times in a row that JKT48 performs on the main stage of this annual event.

JKT48 began their stage performance with two songs, “Pareo wa Emerald” and “Kibouteki Refrain”. After the opening songs, the program continued with talk show session with Hiroaki Kato as MC and three members of JKT48, Ghaida, Haruka, and Yona.

In the talk show session, Haruka who was previously part of JKT48’s sister group, AKB48, explained the differences between the two groups. She highlighted language, fashion trends, and fans as the key differences, mentioning that JKT48 fans tend to be younger than AKB48 fans.

Speaking about idol groups, Ghaida explained that “kawaii” has become the primary element for every idol group. Aside from being identified with cute and pretty, the kawaii element is also identified with the efforts of the group members in improving themselves from being imperfect to be the best for all fans. She referred to the experience of JKT48 members in learning their choreography, which was difficult when they had just been formed, but now they can learn various choreography in short time.

After discussing about idol groups, the session introduced another idol group, the Pink Babies. Pink Babies is an idol group that was formed in 2013 as the successor of Pink Lady, an idol group that was popular in the 1970si n Japan. Some of their singles are “Wanted” and “UFO”. After introducing themselves, Pink Babies then performed 3 songs, “UFO”,  “Wanted” (Shimei Tehai) and “Nagisa no Sinbad”. Their performance was cheered by the visitors who came to the Main Stage hall.

After the performance from Pink Babies, JKT48 performed again to close the AFAID Cool Japan Stage 2015. They performed their new single, Hallowen Night in addition to two other songs, First Rabbit and Shojotachi Yo!.

As night time draw near, the visitors started to queue at the entrance to the I Love Anisong Concert Hall. On Friday, the anisong artists who performed were nano, GARNiDELiA, motsu x KAYA, and FLOW. While on Saturday, the performers were 和-KAZU-, LiSA, yanaginagi, and fripSide.

As AFAID 2015 came and gone, there are some technical problems to note. First is the checking of visitors’ belongings that slowed down the movement of visitors entering the event. The Exhibition Hall was also overcrowded, making it hard to walk around. In addition, many visitors were still confused with the new model of AFAID tickets that used barcoded wristbands.

See you again at the next AFAID!