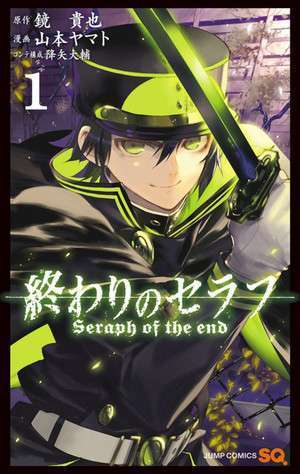 Elex Media Komputindo recently revealed the release date of Seraph of The End manga in Indonesia. The first volume is listed in the manga release schedule for July 7, 2016.

Also known by its Japanese title Owari no Seraph, the manga is written by Takaya Kagami with illustration by Yamato Yamamoto. The story follows Yuchirou Hyakuya, one of the survivors of a virus made by vampires that almost destroyed all of mankind in 2012. Although he survived the virus, he and other child survivors are captured by the vampires to serve them by providing them their blood. After escaping from the vampires, Yuchirou was then recruited by the Moon Demon Company, a Japanese special unit with the mission to kill all vampires. The  manga has been adapted into games, anime series, and also light novels.