“Classic” works of literature continue to leave their marks on various present day media. Whether through the superpowered actions in Bungo Stray Dogs, or in the middle school love story in Tsuki ga Kirei, you may have come across the names of literary figures such as Osamu Dazai, Ango Sakaguchi, or Natsume Souseki. They could be the inspiration of superpowered characters such as in Bungo Stray Dogs, or inspiration in the pursuit of love such as in Tsuki ga Kirei.

Another one of the stories that have been inspired by those great authors is a light novel titled Biblia Koshodou no Jiken Techou (Antiquarian Bookshop Biblia’s Case Files), written by En Mikami with illustration by Hagu Koshijima. Media Works Bunko has published seven volumes of this novel. It has also been adapted into a drama and comic series.

Daisuke Goura was an unemployed man, trying to find a job after graduating from university. But most of the interviews he took had not produced good results. On the other hand, his late grandmother -who had passed a year ago- had left several books that Daisuke’s mother thought had some value to be sold away, especially after they found a copy of And Then (Sorekara) signed by Natsume Souseki himself. His mother suggested him to sell the book, or to donate it to a certain place. Daisuke reluctantly carried out the request.

After going around Kamakura in his car, Daisuke stumbled his way to Antiquarian Bookshop Biblia, a classic-style bookshop which he used to pass by in his high school years. He also remembered seeing a very enthusiastic reader, a beautiful girl, at the shop’s counter. Reminded of those past memories, he then tried to sold the books to that shop. Unfortunately he only met with the sister of the shop’s owner, a high school girl, who told him that the shop’s owner was being hospitalized since some days ago. She also suggested him -a bit forcefully- to meet the shop’s owner directly at the hospital.

At the hospital, Daisuke finally met the owner, Shioriko Shinokawa. This shy girl was surprised by Daisuke’s sudden arrival, while Daisuke himself was surprised to see the pile of books stacked in the ward. However, after explaining to Shinokawa that he wanted her to appraise the books he had, she changed drastically into a book maniac. Aside from giving her estimate of the value of the books, she also explained something that was beyond his expectation: the connection between his grandmother’s copy of Souseki’s book and behind Daisuke’s phobia of books. Shinokawa’s deductive explanations then brought Daisuke to get involved further with her, encountering several book-related cases and the stories of the people involved with them.

This novel takes us to see a book with a different viewpoint. Aside from the fact that a book has information or story in it, it also has its own story before it reached the hands of a reader. People who have read -or even just hold- the book, have their own intentions so that they treat the book in certain ways. Shinokawa and Daisuke -whether they’re aware or not- try to find out the stories behind those books, going further from their function to just be read.

The mystery element in this novel is also an interesting point. If you have ever read -or at least watch- Hyouka then certainly you will find similarities between these two series, as both of them involve solving problems in daily life around them, such as finding lost things or solving misunderstandings between people. However, Biblia may have more complex problems since most of the characters are grown up adults. The romance story in here is also more complicated than just loving each other directly.

Another thing of interest in this book is the references to the real life books. Other than Natsume Souseki’s And Then, there are also Kiyoshi Koyama’s Monument Gleaning + Saint Andersen, The Late Years by Osamu Dazai, and Cra Cra Diary by Michiyo Sakaguchi, who was the wife of the author Ango Sakaguchi. Aside from Japanese novels, there are also some Western novels such as A Clockwork Orange by Anthony Burgess and The Dandelion Girl by Robert F. Young. And outside of novels, there are also works like Introduction to Logic, a Soviet era textbook written by  S.N. Vinogradov and A.F. Kuzmin.

In the first volume, the author does not forget to include a bibliography of books referenced in the novel. This is an appreciable addition that shows the serious effort in writing this novel. Although it may make the novel seems like an academic book, it’s actually an interesting feature since I have never before seen a light novel that has a bibliography in it.

Even so, the book may feel boring  for some people, because basically it’s a mundane life of a book maniac and people around her. Shinokawa’s analysis may seem interesting because she always explain unexpected things, but it could be confusing for those who do not understand it. In the end, a book is not made to satisfy all readers. But at least, if you want to improve your knowledge on literature and classic books, you might give the story of Shinokawa and Daisuke solving all kinds of book-related mysteries a try. 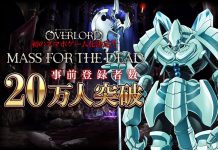