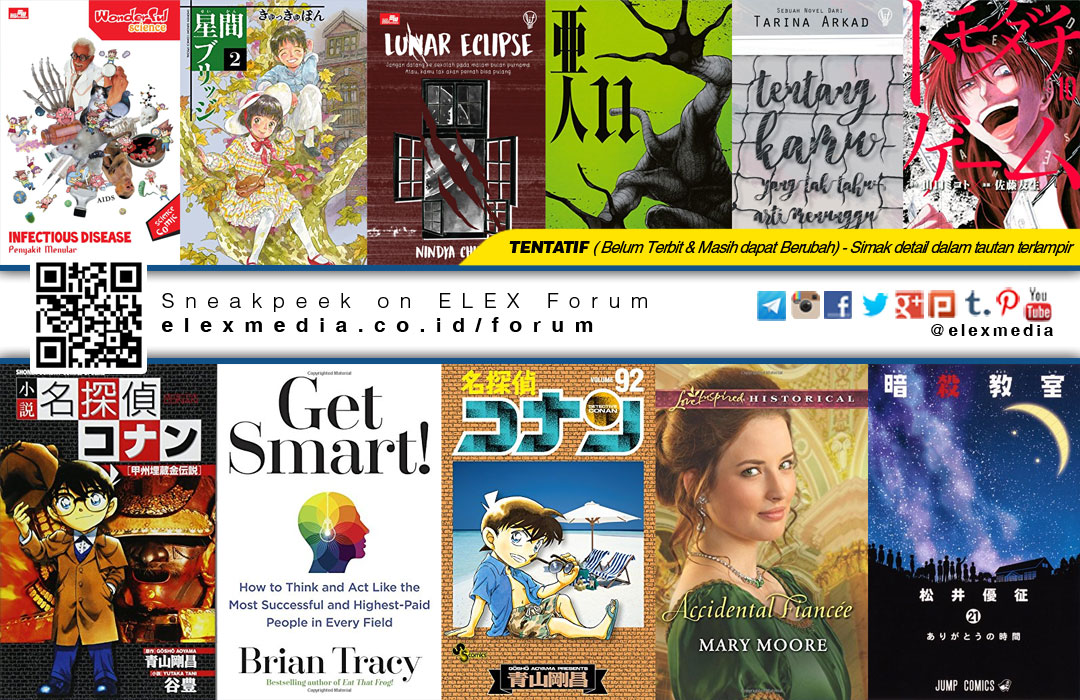 Having already published the manga, Indonesian publisher Elex Media Komputindo also plans to publish the light novel of Detective Conan series in Indonesia. The first light novel of Detective Conan, titled Detektif Conan: The Legend of the Buried Treasure of Koshu, is listed in Elex Media’s sneak peek published in Elex Media forum. The announcement was made on Thursday (25/1) and the release date is not announced yet.

Here is the synopsis of Detektif Conan: The Legend of the Buried Treasure of Koshu light novel from Elex Media forum:

“Conan and his friends, along with Professor Agasa, are getting lost on the road in the deep mountain. Unexpectedly, they get involved in a case related to Shingen Takeda’s lost treasure. Ai and Ayumi are also kidnapped by two misterious men! Will they survive? Now Conan has to solve the misterious code that will lead to the location of the treasure“

Adapted from a manga by Gosho Aoyama, Detective Conan (also known as Case Closed) tells about a high school detective named Shinichi Kudo (Jimmy Kudo in english version) whose body is shrunk by a poison created by a mysterious organization called “Black Organization”. While the Black Organization thinks he has been killed, Shinichi disguises himself as a kid named Conan Edogawa, solving criminal cases behind the scenes while investigating the mysteries of the Black Organization.

Detective Conan has been serialized in Weekly Shonen Sunday magazine since 1994. The light novel adaptation is first published by Shogakukan in 2005. The original creator Gosho Aoyama is credited for story along with Yutaka Tani, but the illustration is provided only by Tani. Other than light novel, this series has also been adapted into an anime series and some live action drama. In Indonesia, the anime had been aired on Indosiar.