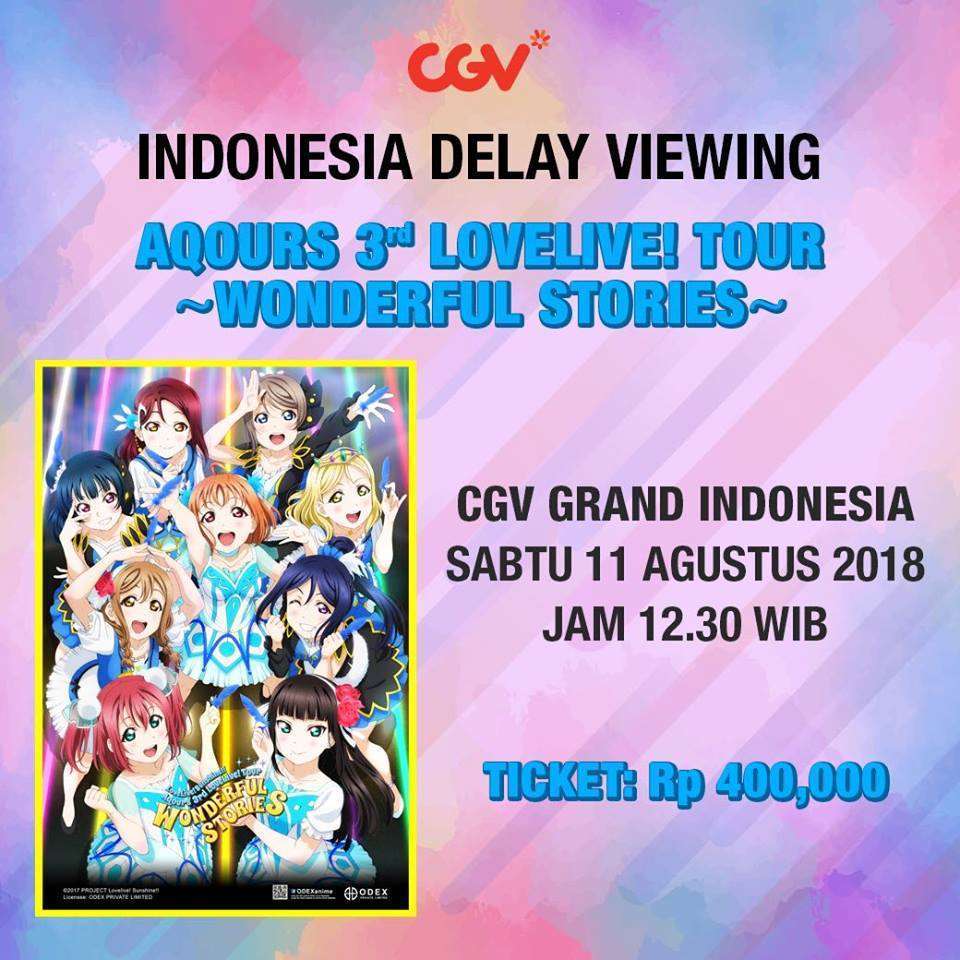 On Wednesday (8/8), the Facebook page of CGV Cinemas Indonesia announced that a delayed viewing of Aqours 3rd Love Live! Tour: Wonderful Stories will be shown on  11 August 2018 at CGV Grand Indonesia theater in Central Jakarta. The viewing is charged Rp 400,000.00 (US$ 27.78) per ticket. The tickets are available for purchase through CGV Cinemas’ website: https://bit.ly/Aquors

Love Live! Sunshine!! is a mixed media project about nine high school girls of Uranohoshi High School (based on Numazu City, Shizuoka Prefecture), who created a school idol group named Aqours after being inspired by the success of school idol group µ’s. They created the group in order to join the Love Live! competition and make their school famous in order to save their school from shutting down. The anime series was aired on Summer 2016 and Fall 2017 for two seasons.

Aqours 3rd Love Live! Tour: Wonderful Stories is is a live tour featuring the casts of Aqours performed at three different venues and time in Japan. It consists of performances in: