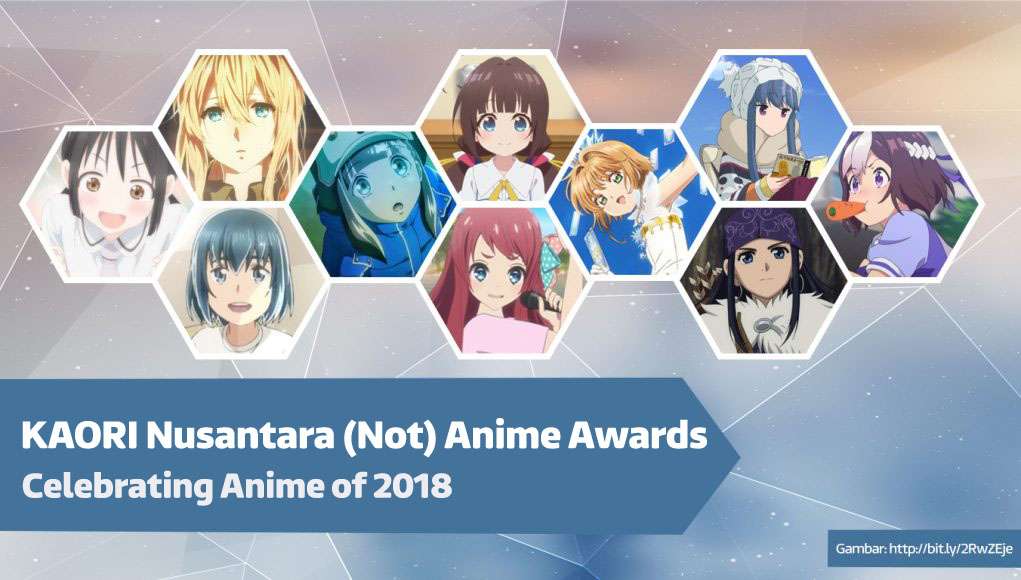 Anime where you can learn about something in interesting ways.

This isn’t the first time there is an educational animated series that shows how the human body works. But for this year, Cells at Work! succeeded in popularizing anime with educational content using a really fun story. The comedy, drama, and action brought by davidproduction makes learning about what is happening in the human body does not feel boring. All of them are used in balance with various trivia regarding the functions of body tissues and the various pathogens that are accurately described.

Choosing this anime is very self explanatory. Explaining how our body works with interesting and humorous stories (most of their time). Unfortunately, it’s a late night anime. But even though it is very educational, the late night airtime is not mistaken because some elements of the story can become quite “dark” to be used as an “all ages” show. Still, at the end of the day, this anime is so educational that a teacher in Indonesia used it for class.

The title alone explicitly mentions that we can take lessons about the workings of various cells in our body.

This anime teaches us about the cells in our body and makes us more aware of diseases such as cancer and flu. Who would have thought that something that looked trivial is a big deal for the cells?

Japan’s history of imperialism and militarism in the early 20th century continues to have an impact on the image of Japan’s new armed forces (JSDF) post-World War. In this context, Hisone & Masotan presents an interesting and fresh approach to depicting the JSDF in popular media. This series is not a militaristic propaganda as is often suspected of anime depicting JSDF, but on the other hand, it is not a hateful depiction of the JSDF either. Hisone & Masotan takes us to see the human side of JSDF, to see the personnel in it as ordinary human beings who have their own aspirations to achieve as members of the JSDF, and also their own personal problems, as well as facing issues that are latent in military institutions such as sexual harassment. I think this perspective will be important in order to think comprehensively and fairly about the position of the JSDF to Japan, as well as its position to other countries in the geopolitics of the East Asia region.

Although the story is fictional, the historical setting in Golden Kamuy is still well done. In addition to having characters named after famous samurai who once lived in Japan, this anime also gives a lot of knowledge about Japan, especially about the culture of the Ainu people. As a student taking Japanese Literature major, Golden Kamuy is very educational for me.

Anime that we liked for uncool reasons, “shit that’s good,” and the like.

Many would see High School DxD as one of the anime with that concentrate the most on girls’ busts. I would not deny that fanservice is a main point of the show, but after four seasons, it has also grown into an excellent shounen battle series. Yes, there is still a lot of fanservice. But the development of the characters and the story have made me consider High School DxD Hero to be one of the best shounen anime in 2018.

The Ryuou’s Work is Never is Done!

“I can already see the ending” was what probably I had in mind when I thought that this anime was the “worst” in the past year. There is a child heroine asking to be taught to play shogi, then fell in love, and the rival heroine also fell in love. It’s something you probably have seen in many other anime. Honestly, I what makes me stay is seeing the tense shogi matches.

I felt surprised that many people like this anime with its cringe moments. Actually, I only watch this as a filler to overcome boredom while waiting for my favorite anime the following week.

One of the anime that I watched this year to relax after work. Seeing the cute shota character with the sweet elder ladies around her was a comforting entertainment for me as an appreciator of oneshota manga. Actually, there are other oneshota titles that I like more than Sunohara-sou. But as an anime adaptation, what I like most about this anime is Eri Kitamura’s performance as Aki, which I think

is very fitting for voicing a moe shota character, evoking the feeling of wanting to protect and also wanting to support him.

Citrus may not be the best yuri anime, but in general Citrus can entertain me even for the wrong reasons. As a drama anime, I can’t feel the turmoil and conflict between interesting characters as I felt with Just Because!. What made me entertained was how the characters behave when they face conflicts that I consider funny. Maybe I am not the target audience of this anime, but the story that’s supposed to be dramatic, just feels silly to me, and that’s what makes me feel entertained.

Yes, the animation quality in this anime is indeed bad. People are even making memes out of them. Even so, I still watch this brother and sister “soap operas” every week right to the end. The pleasure is certainly the imouto character. Yes. I watch it just because of my own fetish …

The plot of this anime feels like it’s rushed, the characters are weird, and although are many pretty and voluptuous girls around, the main guy instead stays with the loli, and the loli likes him back. But despite those questionable-sounding elements, somehow I still enjoy watching it anyway.

Before this anime aired, many have thought (including me) that the Uma Musume anime might ended up like some other game / mix-media anime adaptation that failed to be interesting on their own for some reason. But after the show aired, this anime gradually began to be the talk among fans, including among KAORI staff members. After I tried to watch, then I realized that this anime is actually feels like a serious sports anime, complete with various references about the world of Japanese horse racing. The point is, Special Week is really special!

An anime about a trio of yakuza turned into an idol group is not something you see everyday. Though the manga has already finished with 11 volumes in September 2018, but more adaptations are still coming with a live action film. The contrast between the appearance of the idol girl and their yakuza mindset are just hilarious.

An absurd anime that drew some attention and even featured in AFA Jakarta 2018 exhibit. Basically, it’s a shitty anime that makes me say WTF all the time.

At first I was hesitant to watch this series. Even in the middle, there are many fans who regret the adaptation of this anime because many scenes from the game were cut, and many details are not explained enough. I also feel the same way, but after watching until about episodes 12 to 13, I discovered the charisma of Grancrest Senki. Finally a lot of stuff are explained so that people who don’t play the game can understand them easily. After the episode, the story became even more interesting. Until the end, there are still many who regret the adaptation of the Grancrest Senki anime. But I myself feel satisfied with this series.

I swear I didn’t expect this anime to be a really cool idol anime. At first I thought the main character would be transported to another world where the zombies live.

DARLING in the FRANXX

A giant robot anime with teenagers seeking to define themselves. Since the beginning, this anime has indeed provoked intense talks on the net because it’s billed as a collaboration between Trigger (which has a strong and vocal “loyal” fanbase) and A-1 Pictures (though the specific branch that works on it has been rebranded as CloverWorks), both highly reputed studios. The debates flared up as the love triangle drama between Hiro, Ichigo, and Zero Two came the focus of the story. The puzzles surrounding the origins of the pilots and the post-apocalyptic world setting which also grabbed the audience’s attention. In the end, the DARLING in the FRANXX managed to steal the attention of many anime fans in Indonesia (and also abroad) when the anime aired with debates that can get really divisive.

Nobody asked for this, to be honest. But yet, A-1/Cloverworks, Trigger, and everyone working on this particular mecha title deserves a great praise. Some old dudes in the business of mecha anime have produced a new face that everyone likes (although the battle for who’s the best girl rages on). This is not the mecha show we deserve, but this is definitely the mecha show we need.

Before I even explain, I think it’s not hard to see why I consider Darlifra to be the most booming anime in 2018. In fact, other KAORI staff have thought the same. But I need to explain more that DARLING in the FRANXX became popular not only because it’s being a “mecha with teenage drama”, or because of the unusual cockpit design. It has to be put into consideration that Darlifra is a collaborative project of two famed studios, TRIGGER and A-1 Pictures. If it was only made by either one of them, the hype probably won’t come to be as big as we have seen.

By presenting dark themes, especially featuring disturbing scenes in episode 1, Goblin Slayer has caught the attention of many. 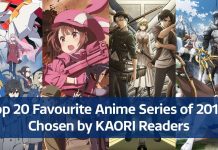 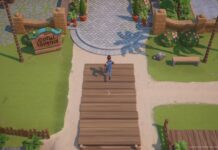 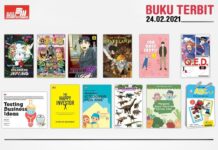