When an adaptation for The Promised Neverland was announced, I was hyped but also reserved. The manga is regarded as one of the best currently on-going manga in Shonen Jump and so, the bar was set very high. But with the studio CloverWorks’ recent success with Rascal Does Not Dream of Bunny Girl Senpai, I trust them with this adaptation and am glad that I was not wrong. Directed by Mamoru Kanbe (Princess Comet, Sound of the Sky), until the end of the season The Promised Neverland never failed to amaze me in delivering its twists through its directing and beautiful soundtracks.

The Promised Neverland started off with everyday life in Grace Field House, an orphanage with 38 children living together like a huge family. They live with a caretaker named Isabella, whom they usually call “Mama.” Everything seemed nice as everyone got clean bed and sheets, warm foods, and the same attention from Mama. The only catch is that they have to do rigorous tests every day and they are restricted from venturing further from the fences in the woods or getting too close to the gates. One day, two of the oldest children in the house, Emma and Norman, found out that their happy life was nothing but lies after they tried to return a bunny doll left by the recently adopted, Connie. After that, a game of cat and mouse begins and so the truth that follows it.

It’s suffice to say that the storytelling in this anime is clever. The twists of the story are very mind-blowing and make us question who is to trust or who is to suspect with everyone seems ready to give Emma a stab on her back. The intentions of each character are cleverly concealed, but still showing their real character traits. Thus, not only the twist reveals can feel shocking, but they’re also still very much in character for the ones who are involved. Not just that, we can feel sympathy towards every character after their real intention is revealed. And it is not just for the protagonists or the good ones, but aldo extends to the characters who are thought to be deeply bad and downright evil. For this anime to be able to humanize everyone, the story and character development in this anime surely worth taking notes.

The greatness of The Promised Neverland‘s story is also supported by the directing, which needs more praise and recognition. Take for example, the use of CG animation to “move” the camera around, taking still shots for conversations perfectly, and picked the perfect location for scenes to happen, even if it’s sometimes different from the original material, but to improvee it. Many scenes and events feel more immersive and really helped to convey the feeling of caustrophobia, fear, dominance, and sometimes, hope and happiness.

The Promised Neverland is also accompanied by a thrilling soundtrack. Composed by Takahiro Obata as his first time as main composer of an anime series, the soundtrack played its role really well. The tracks feel very beautiful yet very tense at the same time. Thus, it gains the thrill that this anime needed for conveying fearful, tragic, and also hopeful events. The best track of the soundtrack may be gifted to “Isabella’s Lullaby (Isabella no Uta)” as it defines the whole series for how beautiful yet tragic it is. And of course, we cannot forget about how the opening theme of this anime, “Touch Off” by UVERWorld, is a banger and one should not skip the opening every time the episode begins.

In the very end, The Promised Neverland is a very great anime and a must watch anime from winter 2019 season for almost everything. Story writing, characters, visuals, and soundtracks, all done greatly and beautifully. The twists that happened in this anime almost made me wish that I have never read the manga just to feel the real thrill of not knowing anything. With the second season for The Promised Neverland is slated for 2020, I really cannot wait for the continuation and hope for the best to come in the future. 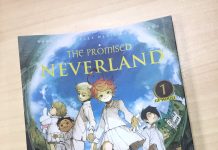 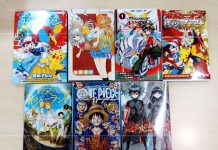 Elex Media Licenses “The Promised Neverland” and Other Shueisha Titles