Notice: May contain some spoilers from DARLING in the FRANXX, Voices of a Distant Star, Saikano, and Nadia: Secret of the Blue Water

In 2018 one of the anime series that had drawn intense reactions from anime fans was the mecha anime DARLING in the FRANXX (Darlifra). Billed as a collaboration between the studios A-1 Pictures (the Kouenji branch that was rebranded into CloverWorks during the show’s run) and TRIGGER, the series is helmed by ex-studio GAINAX Atsushi Nishigori, who was the character designer in GAINAX’s mecha anime Gurren Lagann (2007) and is also known for directing The iDOLM@STER anime (2011) at A-1 Pictures.

The series had incited heated the discussions partly because of the strong role of relationship conflicts, especially related to romance, between the teenaged pilot characters. As can be observed from the responses of Indonesian fans on social media, the relationship drama had made some viewers express sympathy to the characters, while some others think such drama is too much for a mecha anime.

Such reaction wasn’t really new for mecha anime, though, as Galbraith (2014) has noted that when Mobile Suit Gundam first appeared in 1979, established sci-fi fans in Japan disliked its melodrama of human relationships. And if we trace back the lineage of the show’s themes and motifs, I think we can get a better understanding of how Darlifra thinks about the relation between technology and human relationships. Let’s start the discussion from the mecha in the show themselves.

DARLING in the FRANXX features mecha called FRANXX and there are at least two notable elements of them. First, the designs of the mecha resemble bishōjo (cute girl) characters, most notably with their expressive faces. Second, the mecha is controlled by a pair of male and female pilots in what has been noted to be sexually suggestive position. The pilot pair are even referred to as “stamen” and “pistil,” referencing the male and female sexual organs of a flower, with the individual FRANXX are also named after flowers.

The appearance and workings of these mecha brings to mind Thomas Lamarre’s comments in The Anime Machine (2009) about the gradual “shōjo-ification” of mecha interface. What it means is that mecha control has increasingly emphasize less on physical abilities and more on empathic connection, to be in touch with feelings and emotions, which is typically coded as “feminine.” The connection between the mecha and the pilot could even imply a maternal bond, which is most apparent in the anime Neon Genesis Evangelion (1995) from studio GAINAX, where the LCL liquid that fills the Eva’s Entry Plug and the pilots breathe in evokes amniotic fluid.

In Darlifra, control of the FRANXX is affected by the compatibility of the pilot pair, which demands the pilots to be in touch and communicate their feelings with each other. And with the pilots being adolescents with unstable emotions, this kind of mecha interface understandably puts character relationships and their drama front and center. And even more interestingly, this interface brought their emotional, personal conflicts into direct contact with battles where the fate of the human world is at stake. This scenario takes us to the topic of sekai–kei.

Next page: how does DARLING in the FRANXX fits into sekai-kei lineage? 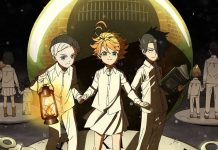