High schooler Midori Asakusa loves nothing more than to draw up setting designs for animation yet she can’t take that first step of making an anime by herself. That is, until a chance meeting with Tsubame Mizusaki, a teen model hailing from a wealthy family who secretly dreams of becoming an animator. Spurred on by Midori’s money-minded friend Sayaka Kanamori who sees profits abound, the three girls come together to form the “Eizouken” (video research society) and strive to turn their ideas into animated reality- the “greatest world” that can only be realized in anime.

Gosh, where do I even start with Keep Your Hands Off Eizouken!? Perhaps the moment that captures what this show is all about is the beginning where we’re shown a young Midori (already fascinated with the world and capturing it on paper), and the life-changing moment where she watches Hayao Miyazaki’s Future Boy Conan to realize that someone is making the anime she’s watching.

Yet, it’s only one of the many moments from the first episode alone that exudes such admiration for the craft. If Shirobako is a show about the (often harsh) realities of making anime, then Eizouken is about how it feels to create anime. The cast’s enthusiasm to anime is palpable, and the show is a jam-packed ride full of energy right from its quirky OP to the climax where their ideas literally take flight. How the show depicts what goes on in the girls’ heads and how it comes to life is such an exciting thing to watch, and the frantic energy director Masaaki Yuasa’s infuses into his works make him a perfect choice for this adaptation. Eizouken reminds us that creating a whole world out of nothing can be wonderful, magical, and most importantly, fun.

If anything, the amount of fan art the show has inspired online is a testament to just how infectious the show’s enthusiasm can be. Eizouken is more than just a love letter to anime, it’s a love song to the creative process itself- one that anyone who’s ever found the joy in making or admiring a piece of work can relate to.

GRANRODEO’s Treasure Candy Concert to Have a Live Viewing in Indonesian...

Indonesia once again came out victorious in Silent Manga Audition 2016 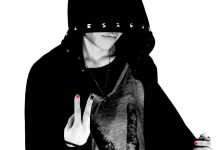 Muv-Luv Alternative Manga Volume 2 is Coming to Digital Bookstores on...