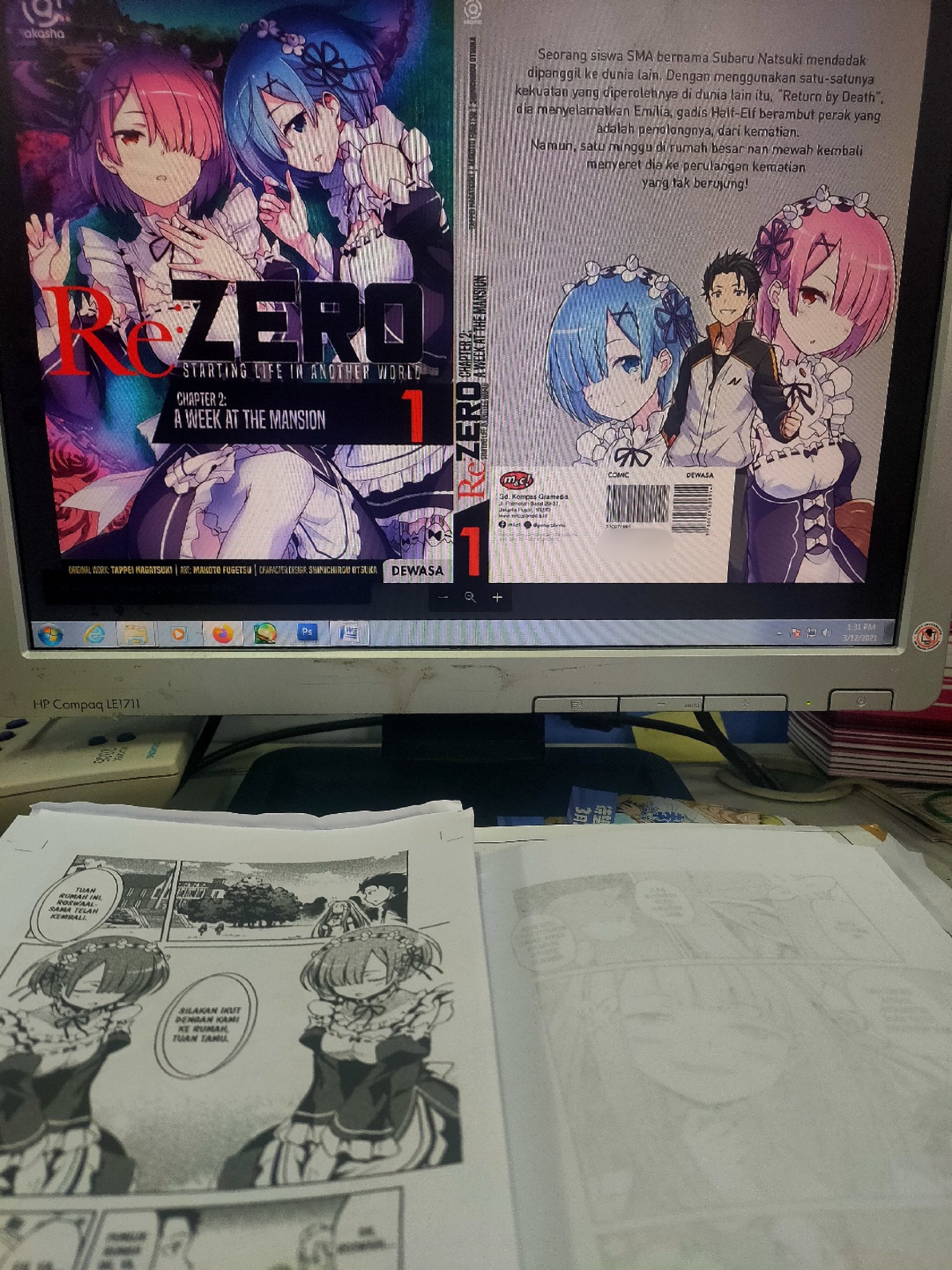 As previously reported, Indonesian comics publisher m&c! is going to publish the Re:Zero, A Week at the Mansion manga in Indonesia. On Wednesday (21/4), the Twitter account of m&c!’s comics editors has posted a tentative list of planned comic book releases for the month of May 2021, which includes the first volume of the Re:Zero manga for the first week of May.

In a previous post in March, the account has also given a sneak peek of the cover design for the manga, which revealed that the title is going to be published under m&c!’s mature comics label Akasha. The post also confirms that the book will be printed on book paper. Detailed information about the retail price has not been revealed yet.

Re:Zero, A Week at the Mansion is Makoto Fuugetsu‘s manga adaptation of the second arc of the light novel series of the same name. The manga follows Subaru Natsuki, the shut-in NEET who gets transported to another world and gains the ability to go back to a point in the past if he dies, as he stays at Roswaal’s Mansion after saving the silver-haired half-elf Emilia. The series began as a web novel by Tappei Nagatsuki published on Shousetsuka ni Narou before being published as a light novel series by Media Factory. A Week at the Mansion is serialized in Square Enix’s Big Gangan magazine between 2014 and 2017, and finished with five volumes.