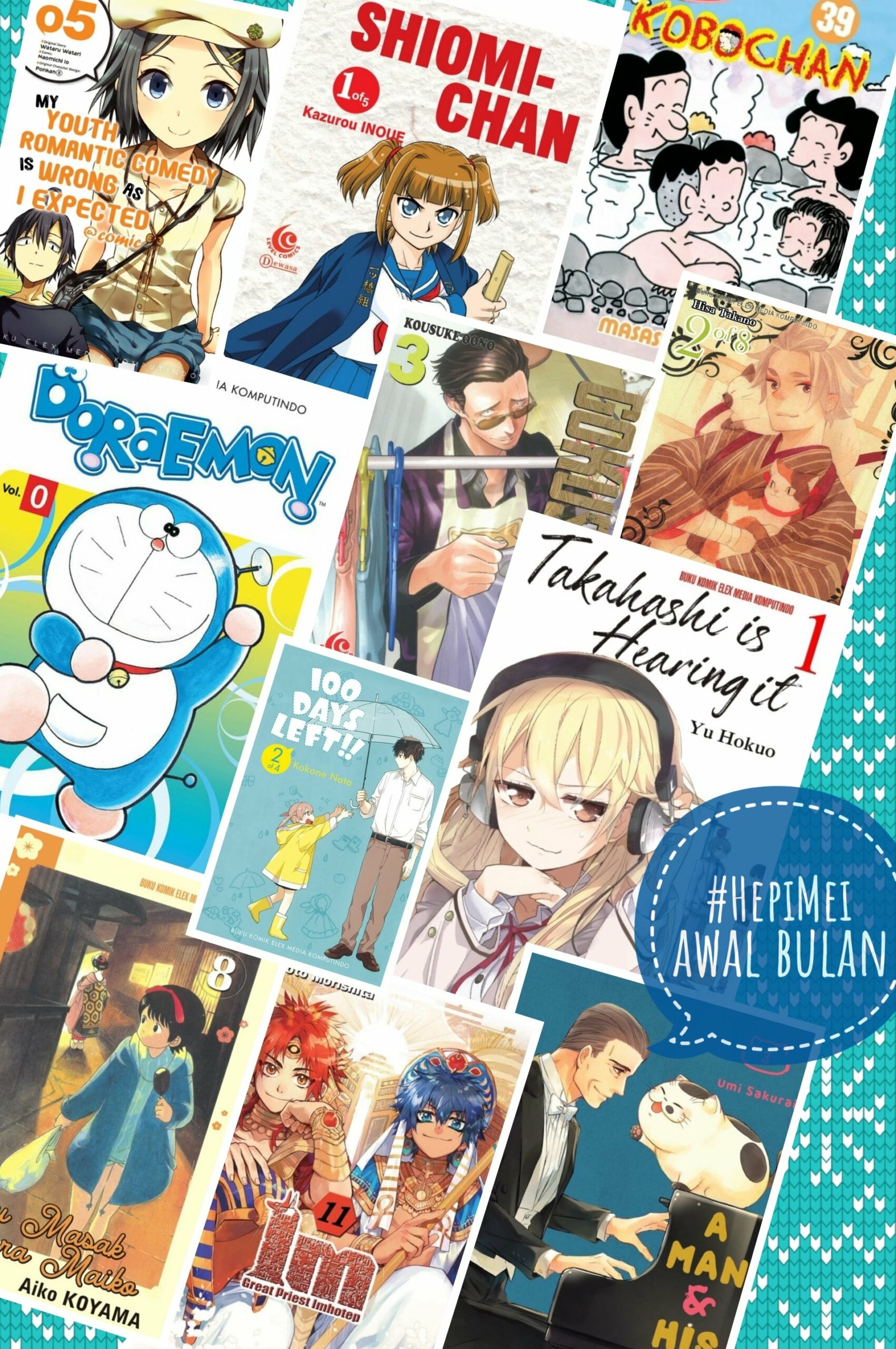 On Friday (23/4), the Twitter account of Indonesian comics publisher Elex Media Komputindo‘s editors of comics has posted the list of new comic books scheduled to be shipped in early May 2021 before the Eid break in mid-May. The new titles included in the list are Doraemon Volume 0, Shiomi-chan, and Takahashi is Hearing It, the last of which has previously been teased to be released in May 2021. Detailed information about the format and retail price for Doraemon Volume 0 and Shiomi-chan has not been revealed yet.

Doreamon Volume 0 was released by Shogakukan in 2019 to celebrate the manga’s 50th anniversary. The book features six versions of the first chapter of Doraemon that were published in six different magazines tailored to suit the respective magazines’ target audience. the editors’ account first teased the title in a tweet on 13 April 2021, which mentioned that the book will be released in limited quantity.

Elex Media has published the main Doraemon manga series and various other Doraemon-related books since the 1990s. The Doraemon anime series has also been aired in Indonesia with Indonesian dub by RCTI since the TV station began broadcasting in 1988.

Shitei Bouryoku Shoujo Shiomi-chan is a manga series by Kazurou Inoue of Midori Days fame. The manga tells of a 56-year old mob boss named Gen Shiomi, who undergoes plastic surgery to hide from assassins. The surgery makes him look like a teenage girl, and after an encounter with a teen boy named Tatsuya Umemiya, he gets enrolled as a student named “Shiomi Iwao” in the same school as Tatsuya. The manga was serialized in Shogakukan’s Shonen Sunday S magazine and has finished with five collected volumes. Elex Media is releasing the manga under its mature comics label Level Comics.

Yu Hokuo‘s Takahashi is Hearing it tells of a popular high school girl named Ena Takahashi, who is usually seen wearing headphones. But instead of listening to music, she actually uses them to eavesdrop on the conversations of her male classmates, the class rep Nara and the plain boy Mikage. She has to keep this creepy hobby a secret to preserve her image. Hokuo began serializing the manga in Square Enix’s Gangan Joker in 2013 and it has finished with eight collected volumes. Elex Media has confirmed that the manga will be released in omnibus format with two volumes of the Japanese edition combined into one volume.