One of the leading names in anisong singers, Aimer, has just come to Indonesia for the first time ever, performing in Anime Festival Asia Indonesia 2016. Famous for her songs in Mobile Suit Gundam Unicorn, Fate/Stay Night, as well as Koutetsujou no Kabaneri, Aimer has been known for not revealing her face in public, and this year marks her first solo concert in Jakarta on Friday, 16th of September, 2016. Before the show, KAORI Nusantara managed to catch an interview with her. Read it below.

First of all, as a singer, do you have any musicians who you admire to?

I have a lot of (Japanese) musicians which inspires me. One of my favorite bands, Spitz, is one of them. I’m very impressed with the lyrics in every Spitz’s songs, almost all of them has important and meaningful messages, which I’ve obtained from their songs.

Other than Spitz, One OK Rock also influenced me throughout my career as a singer, especially Taka, the vocalist. He gave me lots of experience, and I’ve also learned many things from him during our collaboration.

My emotions also helped me during my songwriting process. Whether I’m feeling happy or sad, that’s when I started to find new inspirations for my works.

You’re going to release your new album, “Daydream”, on September 21st. Do you have any messages regarding on your latest work? 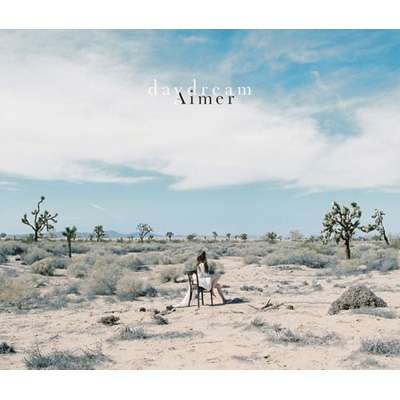 Also, in this album, I am challenging myself in singing because there are some tracks that is very challenging for my vocal skills.

Some of your works are featured in animation works. Do you have a favourite anime of your own?

I really like Hayao Miyazaki’s Nausicaa of the Valley of the Wind. I also fond of some of Ghibli works.

Do you have a favourite anime character?

I really like Nausicaa, as well as Rukia Kuchiki from Bleach. Both characters feature strong and persistence in females.

Have you faced any obstacles during your singing career?

Most of your songs are in ballad and now you’re trying a more powerful sound. Do you have any difficulties transitioning from ballad to powerful songs?

“Re I Am” was my first powerful song. At first, it was really hard to control my voice. From there, I started to learn more about controlling my own voice so I can sing both ballad and powerful songs.

You’ve worked with various artists throughout your career. Can you tell some of your experiences during your collaboration with them?

“Insane Dream” is my latest collaboration with Taka, One OK Rock’s vocalist. I tried to sing it in Taka’s vocal range during my first take on the song.

There’s also a song titled “Chouchou Musubi” in “Daydream”. It was originally made by Radwimps. They came to me asking if I could cover it, and I accepted their offer.

I’ve also collaborated with Sawano Hiroyuki for the Mobile Suit Gundam Unicorn anime project, performing 2 songs. It was a very important turning point for me because this is where I started to sing in a powerful voice.

How about your collaboration with Chelly in Koutetsujou no Kabaneri?

I was very glad to have another chance working together with Sawano Hiroyuki in Kabaneri. I’m also a fan of Tetsuro Araki, the director for the show. When I first heard the news that I’m going to sing for Kabaneri, I feel very honoured.

You’ve never showed your real face in every single one of your live performances. Why?

But you’ve decided to show yourself live in a Japanese TV show. What’s the reason behind it?

At that time, I feel that I’ve finally met a new light after being in the dark for so long. To celebrate that, I’ve decided to show my real face in public.

What do you want to achieve as a singer?

To keep singing. I want to share not only my songs, but my feelings to my fans, be it happiness or sadness.

If you had a superpower, what would it be?

Yes, this is my first trip to Indonesia and my first performance here. To be honest I haven’t got a glimpse of the fanbase here, but I can already see the huge enthusiasm from anime fans over here, and I am very impressed with it. I hope I can meet again with my Indonesian fans here in my solo concert.

the GazettE finished their 1year and 2month long tour, “THE NINTH”, with the last show at the packed Yokohama Arena!