The 2016 Indonesia Comic Con had once again provide a space for fans of popular culture in Jakarta to gather. Still held in Jakarta Convention Center Senayan, the ReedPop organized event brought a selection of contents and artists from the west, east, and also Indonesia.

For fans of Showa era tokusatsu dramas, Indonesia Comic Con not only brought iconic actors such as Hiroshi Fujioka (Kamen Rider 1, Segata Sanshiro) and Hiroshi Watari (Sharivan, Spielvan), but also veteran singer Akira Kushida, who has performed songs for various tokusatsu and anime shows such as the Space Sheriff series, Jiban, Taiyo Sentai Sun Vulcan, Xabungle, Kinnikuman, and many more. Kushida took his fans on a nostalgia with his iconic songs and energetic performance; and also had a duet with another singer, Mitsuko Horie. On Sunday, October 2, 2016, KAORI Nusantara had the chance to take part in an interview with the singers who had been a part of many Japanese pop culture fans’ childhood. How does he maintain his energetic performances at his age now? What are his opinions on the current music industry in Japan? And what are his future plans? Find them out in this interview.

What is your impression of Jakarta?

I’m surprised because I saw many buildings in Jakarta with exotic designs that are unlike anything I’ve seen in Japan.

In your mind, what is unique about tokusatsu theme songs?

I have sung many songs for tokusatsu and anime with varying melodies, some of them are energetic, some of them mellow, and so on. But I sing every one of them with the same feelings.

What are your means to stay energetic in your performances at your age now?

Most importantly, I think of the fans who waited for my appearance and performance. For their sake, I always trained my body, muscles, to stay fit before performing for them.

What do you think about the trends in Japan’s music industry currently?

I think the trending music for tokusatsu, anime, or game these days are only noisy, but their contents are strange. It’s mostly like that, but there are still some good songs.
For hero songs in particular, I notice that the male voices are more cute rather than manly like hero songs in the past.

How do you keep the quality of your voice?

As a singer, voice is not to be kept, but to be trained. And there’s a connection to feelings too, there.

How do you feel about performing together with Michiko Horie?

The song that I and Michiko Horie sang earlier is our first duet song. I have often performed in the same stages as Horie, but we never had duets before. It is certainly an interesting experience to be able to have duet with her for the first time here in Indonesia Comic Con.

What is your best moment in your career as a singer?

There is no most unforgettable experience for me. In every moment when I can meet with my fans, that is the best moment for me as a singer.

What is your plan for the next five years?

It won’t take five years. Three years from now will be the 50th anniversary of my career as a singer. I planned to release an album for the anniversary.

If you weren’t destined to be a singer, what would you have become?

I my path weren’t to be a singer, I would be a road racer, with the Harley. saya I often ride on Harley in Japan. But I won’t dare to ride something like that in Indonesia. The traffic jam is awful. 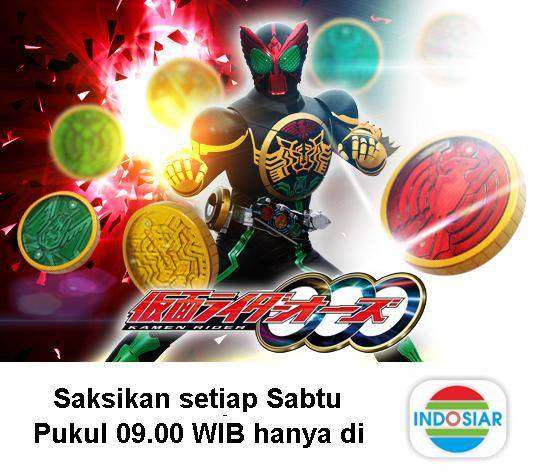 You have also voiced the OOO Driver in Kamen Rider OOO. How did you get chosen for that role?

The idea came when the producer of Kamen Rider OOO listened to the song Fuji Safari Park, that I also sung earlier. Because OOO has animals theme, he thought of having me to chant the names of the animals. We tried that, and it worked well, so we go with it. 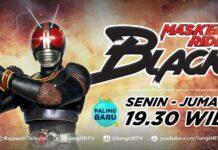