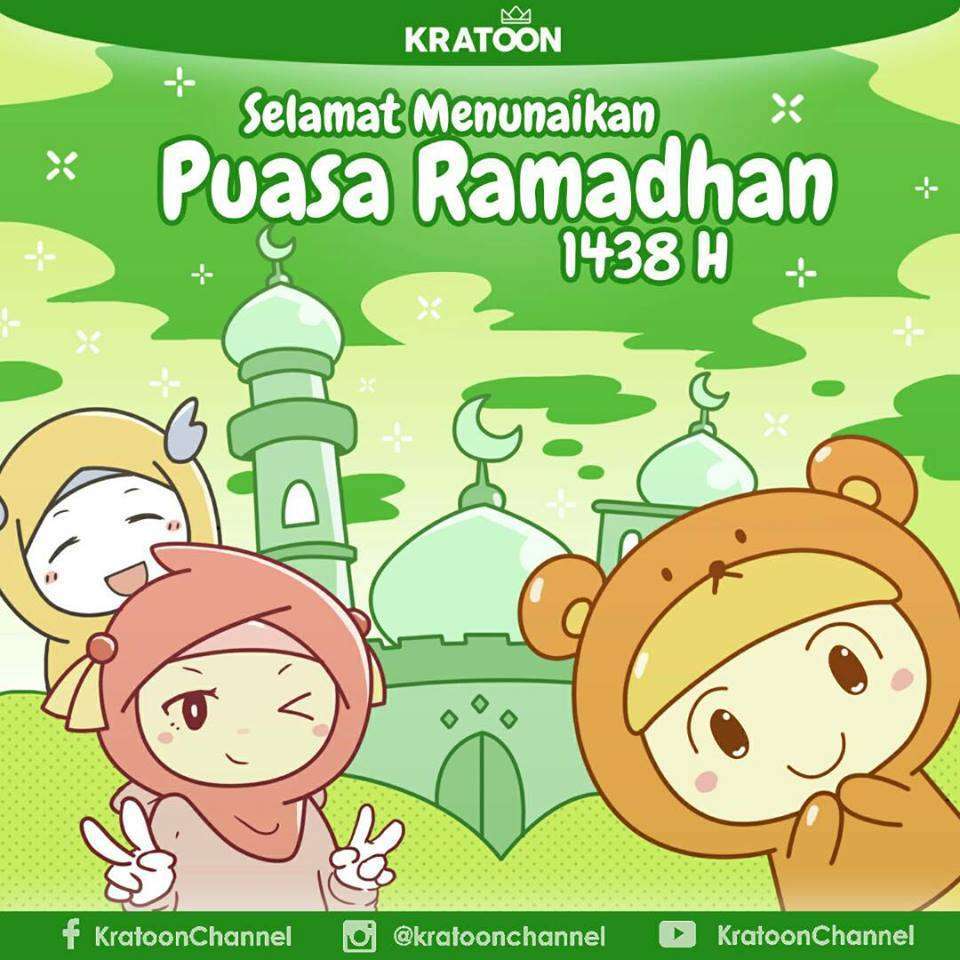 To commemorate Ramadan 1438 AH (After the Hijra), Kratoon Channel presents a new short animated series or animastrip on the channel. Meet Hijabear, a short series which tells the daily life of a girl who wears hijab that looks like a bear and also very curious.

Hijab, or often called jilbab in Indonesia, usually refers to a traditional veil worn by muslim women in order to cover awrah (parts of body that are not allowed to be seen other than by relatives or other women) which can also be a symbol of privacy and modesty. The use of hijab is mentioned in several verses in Quran, some of them are an-Noor:31 and al-Ahzaab:58-59. Though there are different interpretations regarding how much of the body need to be covered, commonly it is believed that the hair and chest are required to be covered

Follow the story of Adek Aya, Kak Icha, and Mamah in their everyday life only on Kratoon Channel.

The first episode has been released in Kratoon Channel’s Facebook and can be watched here:

Animastrip Hijabear stars Mirna Haryati and Ratih R. Rachi as the voice actress of Mamah and Adek Aya respectively. At the time of the writing of this article, Kak Icha has not appeared yet.

Dwiki Pandu acts as the director and scriptwriter, while Rathino Giovanni is in charge of the music and sound.