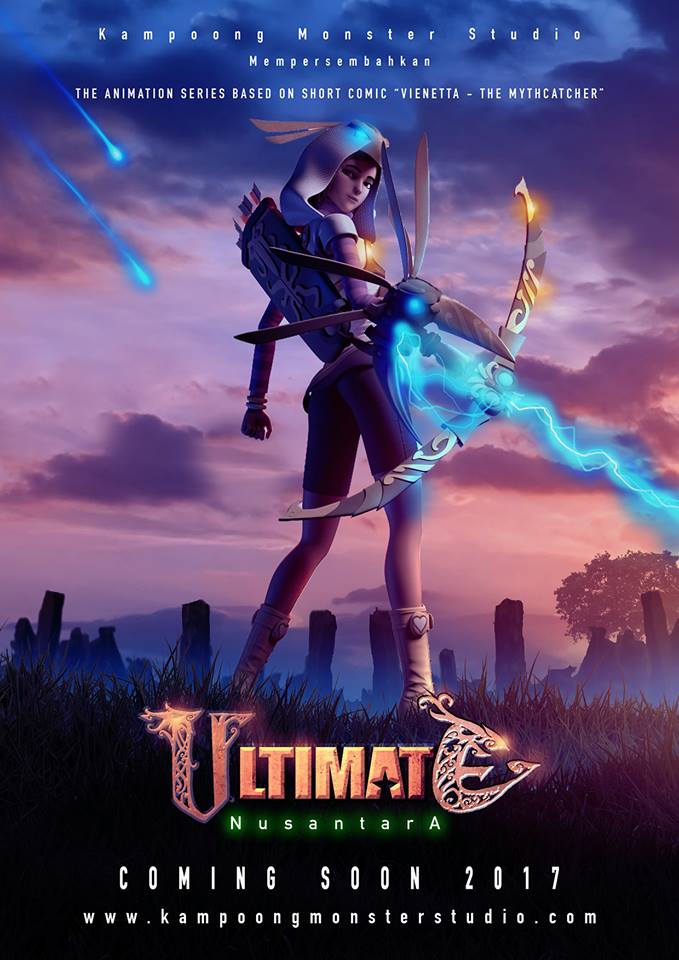 On his Facebook account, Alfi Zachkyelle, Indonesian comic artist and animator of the comic Vienetta and the animated series Vatalla, announced that he is producing a 3D animated series in Kampoong Monster Studios that he founded, titled Ultimate Nusantara.

As with the previous works from Alfi Zachkylle, Ultimate Nusantara features Vienetta Putri Aulia, a fictional character created by Alfi Zachkylle who has been starring in the comics Dua Warna (Two Colors) and VIENETTA feat The Stupid Aliens – Lagu Untuk Foja – (Song for Foja), both of which were published by Indonesian comics publisher KOLONI, with animated adaptation that had been aired on private broadcaster Trans7 in 2010 as Vatallla Sang Pelindung (Vatalla the Guardian). The new animated series will tell the story of Vienetta’s adventures with her band members of her band The Stupid Aliens, who were recruited by a company that handles mythological creatures, the  MYTHCATCHER, in order to collect Information and Knowledge about life in Nusantara between 100.000 – 10.000 years ago and before the eruption of Toba volcano. Their goal is to find something that makes Nusantara considered the Final Land for Humanity.