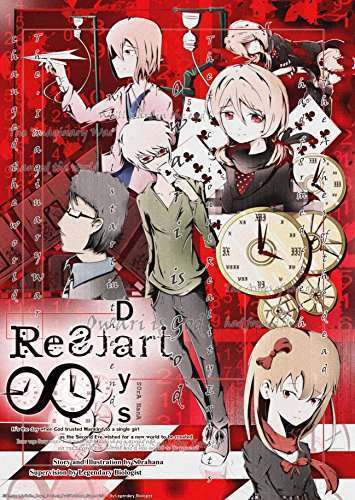 Original English light novel publisher Vic’s Lab, LLC, recently announced the release of Restart ∞ Days by S0rahana, the preorder for Square One by Mohamed Shafiek, and a giveaway sweepstakes of The Everlasting, Vol. 1: Eye of the Wise by Biako.

“We are excited to announce new and upcoming titles we are distributing as well as books we are sponsoring from self-published authors who are members of VicsLab.com,” said Chad “Vic” Adams, the founder of Vic’s Lab.

Books sponsored include The Immortality Protocol, Vol 1 by Robert E. Parkin and Sword Quest of Enigmatic Souls: Vol 1: Takanova by Alex A. Below is a breakdown of new and upcoming titles.

The e-book version of Restart ∞ Days: Volume 01 was released for the Amazon Kindle on June 27 for $3.99. Author S0rahana has been a longtime member of VicsLab.com and also illustrated the light novel. For this book, Vic’s Lab is serving as the distributor. The book contains horror, psychology, drama, and the supernatural. The following is the book description for Restart ∞ Days:

The 8th Day. It is when God creates the imaginary world “Fictional Reality.” It is considered to be the place where the dead ends up at.

On every 8th day, all humans are given a chance to retrieve someone from “Fictional Reality” and return that life to Earth. However, the trials aren’t simple. Six people, consisting of two representatives from the past, the present, and the future, are gathered together to start the “Imaginary War.” They must accomplish every given tasks, and only one person, the victor, will earn the chance to [Save].

Click here to learn more about the book on VicsLab.com. 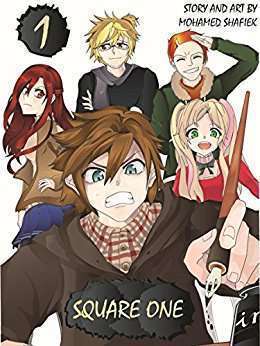 Square One: Volume 1 is another original English light novel that has the same author and illustrator. Vic’s Lab is distributing this book for Mohamed Shafiek, with a release date set for Sept. 19, 2017. Preorders for the Kindle version are available for $9.99. The book will also be available in print and as an ebook on Barnes & Noble, Kobo, and Apple. It contains comedy-drama and slice-of-life themes. The following is the book description for Square One:

After failing to become the mangaka Akari Ise has always dreamed of being, he is given one last chance to prove himself as a proposition to become a manga assistant arises. Upon being assigned to one of the biggest names in the manga industry, Akari finds his new coworkers to be something more out of a circus than a group that aspires to the same goals he does. As his new race to becoming a mangaka begins, Akari finds that there might be more to being one than what he originally thought.

The author, Mohamed Shafiek, is an up and coming manga artist in the US, as well as a spontaneous light novelist.

The Everlasting: Eye of the Wise (giveaway offer) 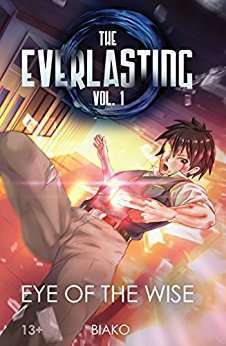 Vic’s Lab is giving away free ebooks of The Everlasting, Vol. 1: Eye of the Wise by Biako. This offer is for the Kindle version and is only valid until the Fourth of July and for those who have a Twitter account. To enter, you must tweet a provided message about the offer. There will be five lucky winners selected at random. To enter, click here to go to the Amazon Giveaway page and follow the onscreen directions. Here is a description of the light novel:

The Everlasting—a title given to those who’ve reached a state closest to godhood. This honor is a dream to all novice mages and warriors.

After the Age of War ended, the majestic city of Alsa was one of the few cities that remained. In that city lies the best school of magic, Albion, an academic school that has educated the strongest leaders of the current age.

Our story begins with Asura Shirogami, an orphaned sixteen-year-old boy trained in warrior arts who transfers to Albion. Having no friends and an embarrassing first day, Asura must adapt to his new life and learn magic. With no knowledge of magic spells, he unknowingly gets entangled in a school competition where the whole campus is the battlefield. What starts as an intense battle between classmates turns deadly as a powerful intruder interferes.

The book retails for $5.99 in ebook format and $12.99 in print. It is available at more than 60 online retailers, including Amazon, Barnes & Noble, Kobo, and Apple. Click here to view more information about the book on VicsLab.com.

To encourage others interested in writing light novels, Biako spoke at the KAJ DAY – 3rd Edition anime convention in Tangier, Morocco, on April 22, and will speak at the upcoming Chibi Manga Afternoon event (official date to be announced).